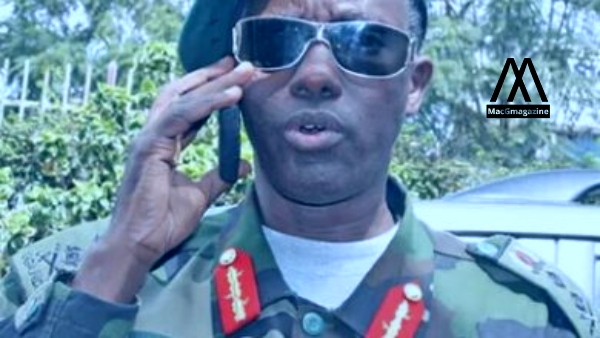 A Russian- placed official in southeastern Ukraine’s invaded region of Zaporizhzhia, Ivan Sushko was targeted in a car bomb blast, a member of the Moscow-controlled local administration confirmed on Wednesday.

Ivan Sushkom paid the price of working for Putin’s dream of a unified Russia. Putin’s firm supporters are waiting for him to take back nearby countries. This is a global phenomenon where gullible supporters believe the autocratic and right-wing leaders. This is another attack in what seems like a series of attacks. It also seems clear that it won’t be easy for Russia to control Ukrain entirely in peace. this happens all around the globe. The recent deadly attack on the daughter of Rasputin is not forgotten yet and another blow to Autocrat Putin has arrived. Alexander Dugin’s daughter was killed in a car bomb by a mother of 12year old, this gives a clear message that Ukraine is giving a tough fight and they don’t care if they have families and relatives.

Although the murderer of daughter Dougin is currrently in Estonia and Russia also wants to Invade Estonia but Putin is busy with Ukraine right now.

This is the second car blast in a week.

“An explosive device had been placed under his car seat,” said a senior Russian puppet in the invaded region, Vladimir Rogov.

Russians are claiming that after invading Ukraine they are working to make life easier for common citizens, Haven’t we heard this before in Afghanistan? The US invaded Afghanistan and promised to establish democracy but it seems it will all be a hoax. Now the Putin loyalists are claiming that the Ukrain militia is targetting the officials which can improve the lives of ordinary Ukrainian.

The wife of the Killed Ivan Sushkom said her husband was killed by Nazi Ukrainians but why did he go and tried to control the life of invaded Ukraine? The director of the Russian Investigative Committee Alexander Bastrykin, a close Putin loyalist, announced a criminal investigation into the puppet’s murder in the Invaded area of Ukraine.

The Zaporizhzhia nuclear power plant has been under the control of Putin’s invading forces since the very beginning of the Ukraine war.

The world feels threatened with another radiation nightmare. Putin’s troops have announced a holiday for the entire Nuclear plant staff.  Russia invaded Ukraine on the pretext that Ukrainian Nazis were building a nuclear missile which could be a security issue for Russia. The strings of Ukrainian nazis were controlled by American leaders especially the president if Ukraine was able to make a nuclear missile Putin could never have control in the area and he would never have been able to compete with the US.

This invasion has stopped the ambitions of the Unites States of defeating Russia in its own backyard.

Ivan Sushkon was a puppet of Russia who was a citizen of ukraine.