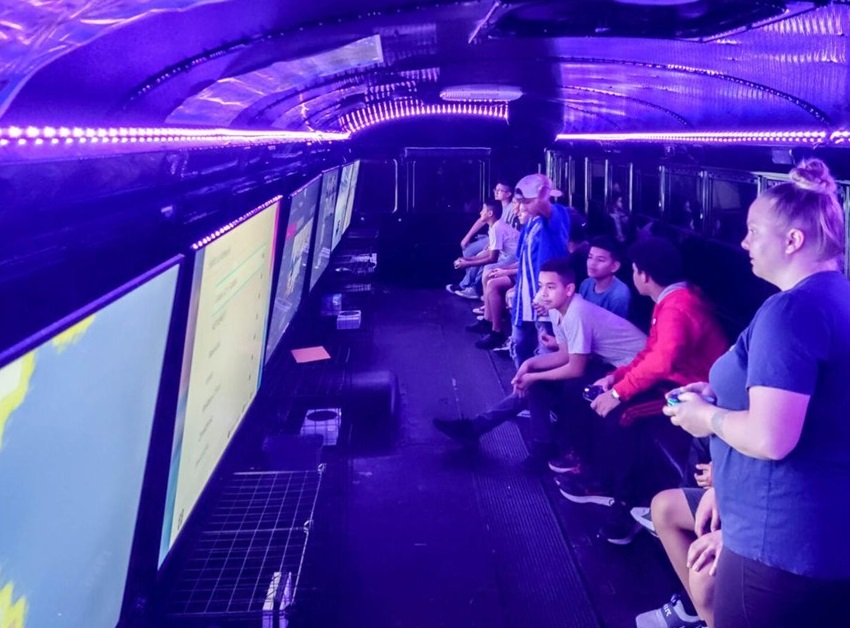 There are so many interesting stories coming out, which is not surprising how people now accept the gaming soirees being hosted, which were once considered bizarre places. Texas is becoming a big gaming hub, and people are getting innovative in making this possible. It not only is a fun and entertaining business but quite a lucrative proposition for many Texans who have ventured into this to change their fate, quite literally as well.

People of East Texas have new gaming options thanks to a couple who have converted an old school bus into a traveling video gaming center. The bus is fitted with six TVs and consoles, which are great for hosting events and birthday parties. Gaming is a favorite pastime for the Texans. The love for it has made people think out of the box to enjoy their favorite games in spots that could not have been so accommodating for such fun.

What was the idea behind it

The couple reportedly set this up when the husband lost the job due to the pandemic. They felt owning a store making the setup possible would be a very expensive affair. So they chose to keep it simple and operate out of a bus which is not only fun but has become their USP. Children come to this mobile gaming center to play their favorite games, such as Dungeons and Dragons. There are options of play for those 18 and above.

The main reason for this setup was that everyone could have fun without going much far. The gaming space may not be huge, but people still have tons of fun as they can make happy with the sheer variety and joy of playing in a place they have been familiar with for a long time. The nostalgia and fun aspect of gaming have been clubbed together to something profitable. The school bus does bring back memories.

The public found it amusing. Slowly, the gaming addiction did kick in. word of mouth traveled and soon enough, customers came in to have a good time.