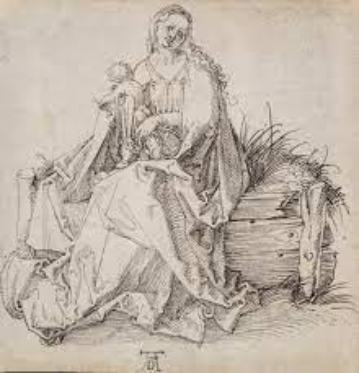 Daniel Elie Bouaziz has been arrested from his palm beach art gallery. His entire operation of forging and scamming people was taken place at the same gallery.

A total 4 number of charges are pressed against this”art dealer”.

Daniel Elie Aziz has been selling crap but with big names planted on it such as Jean-Michel Basquiat, Henri Matisse, and Keith Haring to name a few.

Even the names of Andy Warhol, Banksy, and Roy Lichtenstein were also used to scam art lovers’ into millionaires. Daniel owns two businesses related to art and both are situated on extremely posh Worth avenue.

Extremely rich people from around the world used to visit both these places which is a matter of huge concern. Daniel’s fine art was raided by the FBI the last December which opened up the pandora’s box. all his illegal activities were exposed with this raid. Now he has been charged with serious crimes of wire, mail fraud, and money laundering.

Galerie Danielle was an oddball from his wealthy competitive neighbors. it is all bling with velvet and chandeliers. crystal chandeliers are attached to the roof.

Art, Tvs, and NFT were all placed side by side which should have been a good enough sign for the visitors.

The gallery was strictly against pictures which also creates suspicion. it must have been to stop people from verifying the artwork.

How was Daniele caught:

He was caught when he tried to pass off a $495 cheap replica as $12 million worth of masterpiece to a covert agent from the FBI. it is reported that Daniel purchased these replicas from LiveAuctioneers.

“Provenance is the father of Basquiat so there is not really a conversation about it,” Bouaziz tried to convince the buyer.

These replicas were identified by experts working on the authentication committee. there was an offer on collection from big names such as Basquiat, Keefe and reportedly Daniel was trying to sell it for $22 million.

Bouziz also tried to scam other FBI agents and tried to sell them a couple of hundred bucks products at heavy prices such as $48000 & $25000 masterpieces.

Daniel passed off Lichtenstein’s print copy as authentic art and upon investigation and verification, it was found out that the colors didn’t match the original. the artist’s catalog raisonné was used to verify.

Eventually, some of Bouaziz’s unsatisfied clients started demanding their money back.

Now Bouaziz is facing a serious lawsuit from Hisrich clientele.

“Other victims, who also reported concerns to Bouaziz about the authenticity of their purchased work, both before and after the execution of the gallery search warrants, received some repayment from Bouaziz,” the lawsuit states.

Bouaziz appeared in West Palm Beach court on Friday and was released on $500,000 bail. He has yet to enter a plea.

Bouaziz was released on a $500000 bail on Friday. the west palm beach court has been hearing this case. Bouaziz might land up in jail for 20 years if the charges are proven.