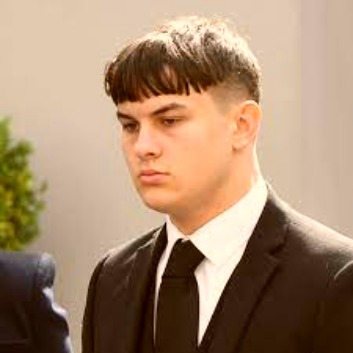 A friend killed his friend in self-defence

In 2019 after stabbing his friend, Joshua Molnar only served eight months.

Yousef was killed on spot when the knife cut a 12-inch-deep wound right into his heart. At that time, both his friends told the police that they weren’t sure what happened, but Joshua later disclosed that he was the one who has stabbed Yousef in self-defence.

At trial, Joshua disclosed that he carried one pretty good knife only because of his peer pressure made him feel that he should carry one.

He had previously filmed himself with a machete, including a video of him making stabbing moves towards another child. He served in a juvenile delinquent institution for eight months. In February 2020, Joshua was released

After Joshua’s release, Yousef’s mother, Debbie, 54-years-old, died within a few days having spent the year campaigning for justice.

With what charges Joshua Molnar was punished?

For the death of Yousef Makki, Joshua Molnar was not charged of murder or manslaughter. He was sentenced to 16 months in a juvenile institution for possession of a knife and perversion of the course of justice.

Joshua was released from juvenile institution just the week before Yousef’s birthday after serving for seven months. Initially, Joshua denied knowing the reason for his friend’s death, but later his statement changed and claimed that he had acted in self-defence.

The video footage from the scene appears to clearly show that Yousef intervening as his two friends start fighting.During the trial, the three friends were characterized as “middle-class gangsters”, although Yousef’s family disagrees with this image.

The family of Yousef Makki said it was “just crushing” because Joshua was released so close to the anniversary of the incident. Jade Akoum, Yousef’s sister, said: “Receiving the news that Joshua Molnar, the boy we hold entirely responsible for Yousef’s death, will be released early from a Juvenile Offenders Institute some six days before such a crucial date. The lives of many of Yousef’s friends and family are simply overwhelming. There is no other word for this.”

The family has asked that the courts to be more accommodating to the families of the victims and allow character witnesses for the deceased.

Read Also – Yvan Colonna passed away after the borstal attack