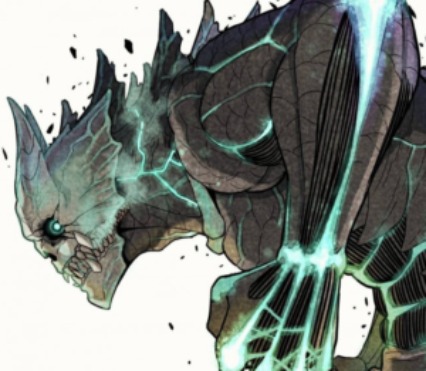 News has been doing rounds on social media that A Kaiju No. 8 anime adaptation is in its making. This news has thrilled anime lovers eagerly waiting for their beloved manga series to come on the big screen.

Kaiju No. 8 is a manga series that Naoya Matsumoto writes. It is based on the narrative of a young boy who wishes to join the Defence Forces who are tasked to kill the monsters or kaiju. The plot then shows that Kaffka Hibino, the protagonist, gains the ability to himself turn into a monster. Kaffka gains the special ability and becomes the first-ever monster to not come under the eyes of defence forces.

A rumour has been making rounds on social media about the adaption of Kaiju No. 8 into an anime movie. This news has excited fans largely as they’ve loved the storyline. This rumour got into the eyes and ears of many people when JP Anime posted the news that Kaiju No. 8, authored by Naoya, will be shortly produced by TOHO animation.

However, the official news hasn’t been yet out. A survey conducted by Anime Japan in which this series received a good rating, and people wished that this be made into a movie. The manga series is one of the most read amongst the people of Japan. It is available almost everywhere to read, and it keeps everyone glued until finished. We do not have any official information about the release of the anime series yet, but it is speculated that the production house is working on the same.

Fans are eagerly waiting for this guy wrenching series to come up on the screen to see the characters coming to life.