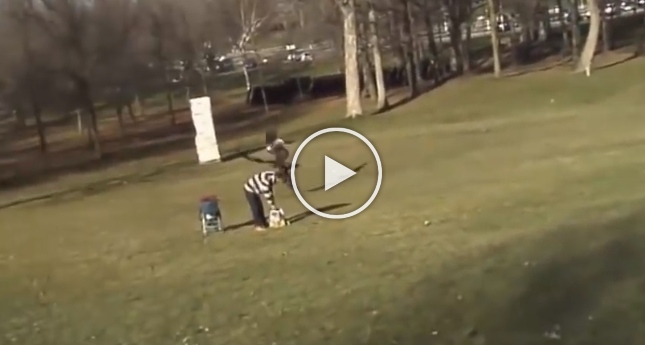 The shocking incident of an eagle attacking a child is going viral on social media and has been filmed by some people sitting there on their phones. On the ABC News YouTube channel, this video was posted. Everyone knows how dangerous an eagle is that attacks any bird or animal on the ground while flying and it is almost impossible to escape from its clutches, but today in this case the eagle attacks a baby playing in the park and picks him up to several feet in the air.

What happened after the eagle lifted the child?

This 1-minute 46-second video shows that as soon as the eagle lifts the child a few feet, due to the heavyweight, the eagle cannot lift the child much, and the child is free from its paw. The baby falls to the ground, and his father, standing a little apart from this child, runs to him to save his child, but after a while, the child falls to the ground. The video was viewed by more than 8k users. The aerial video caption reads: “YouTube video shows what appears to be an eagle picking up a baby, lifting it several feet.” People react differently after watching this video. One of them wrote: “I can’t tell if this is true, but the eagle can carry large prey. Dogs, coyotes, badgers. There is a real video of an eagle snatching a sloth out of a tree.”