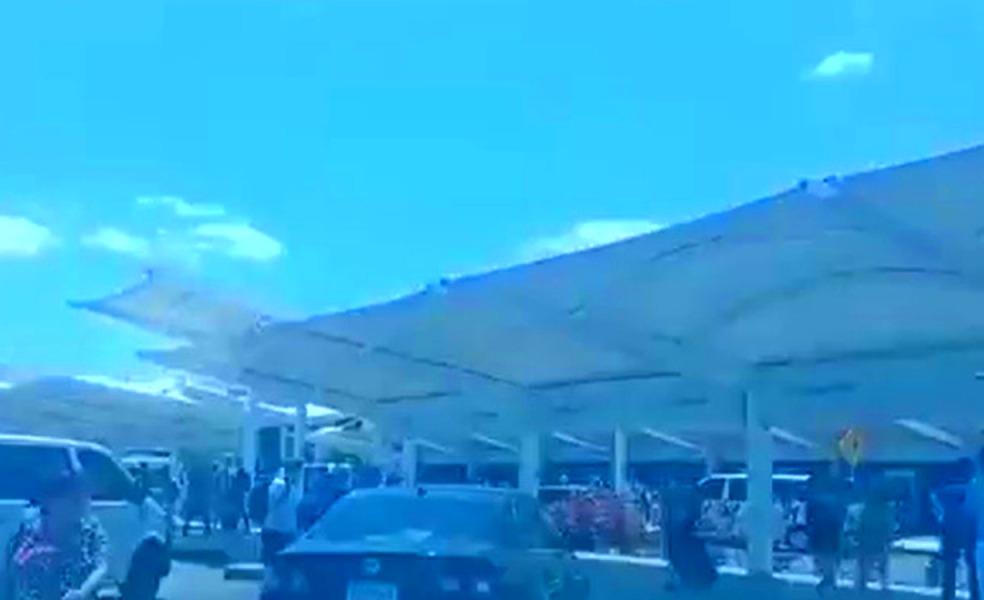 A shooting was reported at Cancun International Airport, Mexico

In Quintana Roo, Mexico, a shooting inside Terminal 3 of Cancun International Airport was reported by the authorities.

According to the reports, the attack occurred around 11:30 a.m., and it caused the passengers inside the airport to panic and flee. A massive mobilization of security forces from both the National Guard and the Secretary of Security was prompted by this incident.

According to the Quintana Roo Prosecutor’s Office, not a single person was injured by the firing till then; however, Oscar Montes de Oca, the agency’s head said that was not confirmed yet that the shooting happened at the air terminal.

Through the official Twitter account, The Secretary of Public Security of Quintana Roo, Lucio Hernández Gutiérrez confirmed that no injuries, percussion cartridges, or indications that assure the fact have been found in the area of the incident and that the investigation will continue. Still, there is no confirmation of shots fired in Terminal 3.

Despite ruling out a firearms attack, the safety of passengers was ensured by the Terminal 3 operations that were momentarily suspended, which was never in jeopardy, and resumed minutes later. As per the social media images, at one of the gates in Terminal 3, the fire outbreak was reported, which is heavily used by international airlines, and forced many travelers to seek shelter outside the premises or even inside the planes.

The activation of a red code in the area was prompted because of this incident, and within minutes the security forces from the National Guard and the Mexican Army arrived. A huge number of people were seen leaving the terminal through the images broadcasted by the network users, most of them carrying their suitcases and many were seen upset.

A real case of concern

According to officially confirmed numbers in the southeastern state of Quintana Roo, till now in the year 2022, 75 intentional homicides have been reported. The state that served as a tourist hub for the Riviera Maya and Cancun, began the year with a series of events that left the country on high alert.

A shooting that occurred in mid-January inside a prestigious Xcaret hotel in Playa del Carmen, murdering two Canadians and injuring one, who were presumably involved in drug trafficking. The manager of a popular Playa del Carmen restaurant, Federico Mazzoni, was also gunned down a week later.