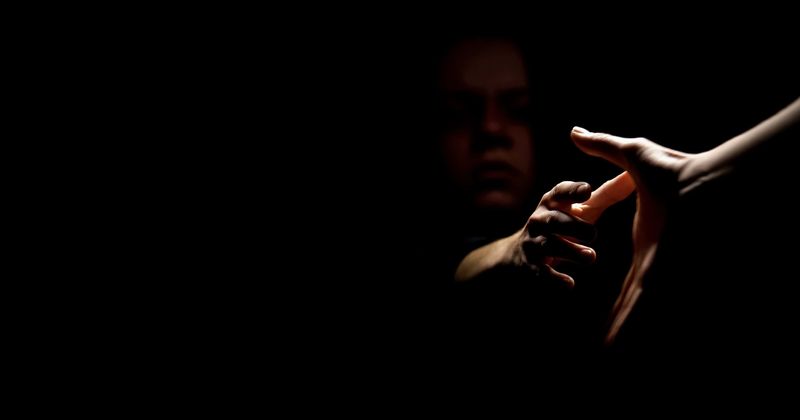 Three decades have passed since the saddest moment in the life of Margarita Meira and her family. Graciela Susana Betker was 17 years old when she met Luis Rafael Olivera, her last boyfriend, 25 years older than her and who chose her like a fruit in a basket, seduced her and did the impossible to get her to leave with him in January of 1991.

The woman and her husband had gone out to do some paperwork in the Constitución neighborhood when the young woman took advantage of the moment to take a few belongings and fled, perhaps with the illusion of living a novel romance, but was kidnapped by a network of trafficked and was found dead on March 23, 1992 . I was two months pregnant.

His parents did not like this man. Later they learned that he was linked to drug trafficking and other crimes. “When I found out that Susi (that’s what they called him at home) had gone with him, I thought he was going to use her to sell drugs and that I was going to find her shot dead in a morgue. I found her dead in a morgue, But she had been prostituted in two known nightclubs from the 90’s.

These guys pick on poor girls because they know their parents don’t have the money to pay for a lawyer to look for them or to pursue a cause ”. The police report said that Susi had died accidentally. Margarita reviews those moments and in her voice she still hides pain, but she remains firm.

His words are whips that hit and implode the realities that seem to be hidden under a carpet: “ In the country there are about 30 thousand brothels, 12 thousand in the city say our investigations, and nobody does anything . According to the rescued victims, in those places they sell a kilo of cocaine a day and judges, businessmen, celebrities, athletes, low and high-ranking politicians parade around to make the banquet.

The woman, little known in the country despite being one of the first to raise the flag against sexual exploitation, was recognized in Italy with the International Award La Donna dell´Anno (Woman of the Year), in 2018, for her fight against sexual violence.

Human trafficking in Argentina. In addition, the organization was nationally and internationally prominent and participated in national meetings, seminars and congresses in the fight against trafficking and prostitution.

When her daughter disappeared, Margarita did not know that women or children were abducted. The word “trafficking” did not exist and “fucking” was one of the phrases repeated by men who confessed or lied about being part of the sexual exploitation of women.

The listeners laughed. It was after a solo investigation, after her daughter appeared without a vine, that Meira learned what this world was like, closely related to drugs and power; with the most beastly instincts and show business; with sports and politics. “If I had known from the outset that she was in a brothel I would have gone to look for her,” says the woman, who shortly after recognizing the body of her first-born took as a cause of life to put an end to human trafficking.

A year after her disappearance, Susi was found dead in a studio where she was her boyfriend and, according to the police report, the death occurred from “inhalation of carbon monoxide, but the gas was left open while she was sleeping or unconscious.

Someone took care to close the windows properly and covered the outlet of the water heater. The cause was classified as ‘doubtful death’, despite the fact that the body was full of bruises, “says Margarita with anger and claims because that death was never guilty: the family could not afford a lawyer to follow the case that, finally, he prescribed.

“I found out what happened because a taxi driver friend told us that he took his pimp and an accomplice as passengers, that they were talking about her and that they were saying that the body was going to disappear . When I went to the 5th police station (where I had reported the disappearance) they asked me how I found out and I said that a neighbor had told me, I did not want to tell him the truth ”.

Angrily, she says that in that Buenos Aires sectional they told her that they had sent a summons to her house to inform her of what happened, but that she did not live there. “I always lived there! They didn’t send anything! Four years later, when I began to investigate, I learned that the judge in the case received $ 40,000 as compensation because they made his death pass through an accident … Until then I believed in justice . ”

Margarita – born in Eldorado, Misiones, and arrived in Buenos Aires at the age of 17 – says that from that moment until 2006 she was alone in the search for justice for her daughter. “I asked the lawyers who attended us for help, but they did not follow the case.

This is how we began to get to know all that judicial framework and the complicity of the Justice ”, says the woman who finished high school in the capital, she dreamed of being a doctor to help the people of her town, but she could not continue studying.

Yes, her husband did it when, tired of not having help, he wanted to do the same. “He started studying law and was received to help me. In the last leg of the race, they gave him to practice the file of a missing girl. Days later I asked him how the case was going and he told me that he had already rendered the matter.

The image came to me of when I was going through the Courts for help and they appointed me lawyers for the poor who were students who practiced … Corrupt judges , professors at a university, they put the kids to practice with the files of missing girls, poor girls ”.

Tired of the reality that she was losing her veils, the mother of three other children decided to continue with the first companions in the search for justice for the other victims, for those who were buried as NN, for whom they were still kidnapped.

“I did the mourning and was able to bury my daughter. Other mothers look for them for years and that does not give strength, that depresses. I was able to bury her and she is deceased, so I don’t have to look for her, I do seek justice ”.

The first encouragement for them was in 2006 when “we rescued Soledad Pedraza and there the fight against trafficking really began. She told us everything that happened in a brothel: more than 20 men raped them every day, made them use drugs, beat them, burned them, did the worst thing you can imagine ”.

After that rescue, human trafficking for sexual purposes began to be in the media and Soledad’s testimony reached every corner. “Then other mothers started to come, we got together. It was not easy, ”he assures and says that at that time they began to make the disappearance of women, girls and boys publicly visible. “We started making rounds in Plaza de Mayo. We are the new Mothers of Plaza de Mayo with the photos of the disappeared, and the missing boys and girls ”.

Mothers Victims of Trafficking was formalized in 2015 as an NGO and recently they were able to buy a house thanks to the campaign of the influencer Santiago Maratea . There they assist the rescued women and also have a dining room that feeds needy people in the area and provide school support to the girls and boys in the neighborhood.

“We put psychological containment for the rescued girls. The state does not provide anything . If the girls are minors and the parents do not have social work, they send them to the Tobar García Hospital and there they are together with girls with serious mental illnesses and they have to live together.

The problem is that after three months the psychiatrist has to discharge them because I know how the Mental Health law was voted , they cannot stay longer and we have to take them to another place to continue treatment. That the victims have to change their psychologist, with whom they managed to have a bond, make them go back to zero, tell everything they lived through is one of the many scourges that make them live, ”he regrets and asks that they be assisted accordingly. .

It also questions the state’s actions for not taking complaints of human trafficking every time the women are rescued. “ The inspectors say that it is a case of trafficking because the pimp tells the girls, from the outset, that they are 50 and 50 , and they believe it, but over time they realize that they are locked up, that they do not have a weight and they never saw the silver.

Currently, the NGO that turned 30 on September 30, pushes the causes that are archived. “There are so many! Some are the case of Camila Sinaí, Natalia Costa, Andrea López, Fernanda Aguirre, Sofía Herrera, Guadalupe Lucero , in San Luis. I mention this one because it is current and we offered to help, but Susana Trimarco remained.

In this case, note that the Intelligence Service put all the forces to look for her in the mountains and that is a slap to the mothers, it is a mockery. If they cover a woman’s mouth and kidnap her, they will not throw them in a mountain!

They are in a brothel! If you are a minor you are doing child pornography and they did not raid a single brothel in San Luis …They have kidnapped the boys doing pornography and rape them to death, and that doesn’t appear anywhere ”.

During the quarantine, the NGO provided legal assistance and advice to victims and relatives of victims of trafficking. Among them, Silvia González, a mother who was able to recover her daughter, “but, after 7 years, they continue to drift from Argentine judicial times,” they say.

They also appeared as Amicus Curiae in various cases, among them, against the request for conditional release of the reference of the Association of Argentine Destitute Women (AMMAR) Mar Del Plata, María López Villagra , who was arrested for committing the crime of economic exploitation of the prostitution of others.