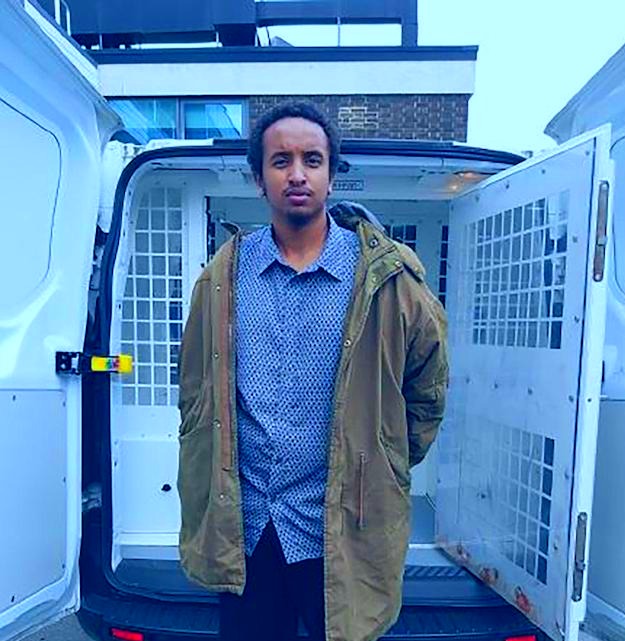 How did Ali kill David?

Ali Harbi Ali told the Old Bailey that he killed the Southend West Conservative MP to “prevent further harm to Muslims” and considers him “one of the list”.

The 26-year-old man told jurors he killed the father of five because he was among the MPs who voted for the bombing of Syria in 2014 and 2015. Ali stabbed Sir David, 69, over 20 times with a foot-long knife at Belfairs Methodist Church in Lee-on-Sea, Essex, shortly after noon on October 15, 2021, jurors were told.

Sir David died at the scene.

Ali, a former radiology student from Kentish Town, north London, admits to the murder of the MP but denies plotting terrorist attacks and the murder.

The prosecution said that Ali spent two years planning a “cold-blooded and calculated assassination” and that he investigated a dozen politicians, including Michael Gove, Dominic Raab and Sir Keir Starmer, before settling on Sir David.

Ali confirmed that a note found on his phone in 2019 described the plans he was had to attack and hopefully kill Michael Gove at the time.

The terrorist suspect admitted to coming to Mr. Gove’s house with a knife in his backpack and then loitering outside the House of Parliament.

Testifying in a long black tunic buttoned to the neck over jeans, with a goatee and glasses, Ali said he did not regret any of his actions and would kill Sir David again if he survived the day of the attack.

Smiling occasionally and casually leaning on one arm as he spoke, he referred to himself as a “moderate Muslim” who stabbed because he couldn’t get to Syria to fight the so-called Islamic State.

Ali told the jury that he decided to do it because he felt that if he could kill someone who made the decision to kill Muslims, it could prevent further harm to those Muslims. David voted previously in parliament, not just him. Ali decided if he couldn’t make hijrah, if he couldn’t help the Muslims (in Syria), he would do something here.”

The defense counsel Tracey Ayling QC asked Ali what the murder of Sir David means, Ali said- Firstly, David cannot vote again. If he ‘had previous’ for doing votes like that he won’t do it in the future, and perhaps send a message to his colleagues. Ali further added that they need a certain amount of votes. So it’s one off the list.

Ali said he “deeply” regrets not being able to join the IS terrorist group and does not see the attack as wrong.

The prosecution asked whether he was “completely shameless,” and the terrorist suspect replied, “I wouldn’t use the word shameless, but no, I don’t feel any shame.

Ali simply replied, “No,” when asked if he regretted the murder. He added that if he thought he had done something bad, he wouldn’t have done it. He considers himself a Muslim who went and killed someone who killed Muslims.

Ali described his childhood in south London as “full of love and care” but said he felt “committed to doing something” after seeing reports of the Arab uprising against Syrian President Bashar al-Assad in the 2010s. The trial was adjourned until Monday for closing speeches.

Read Also – Andrea Sinclair’s murderer to remain behind the bars