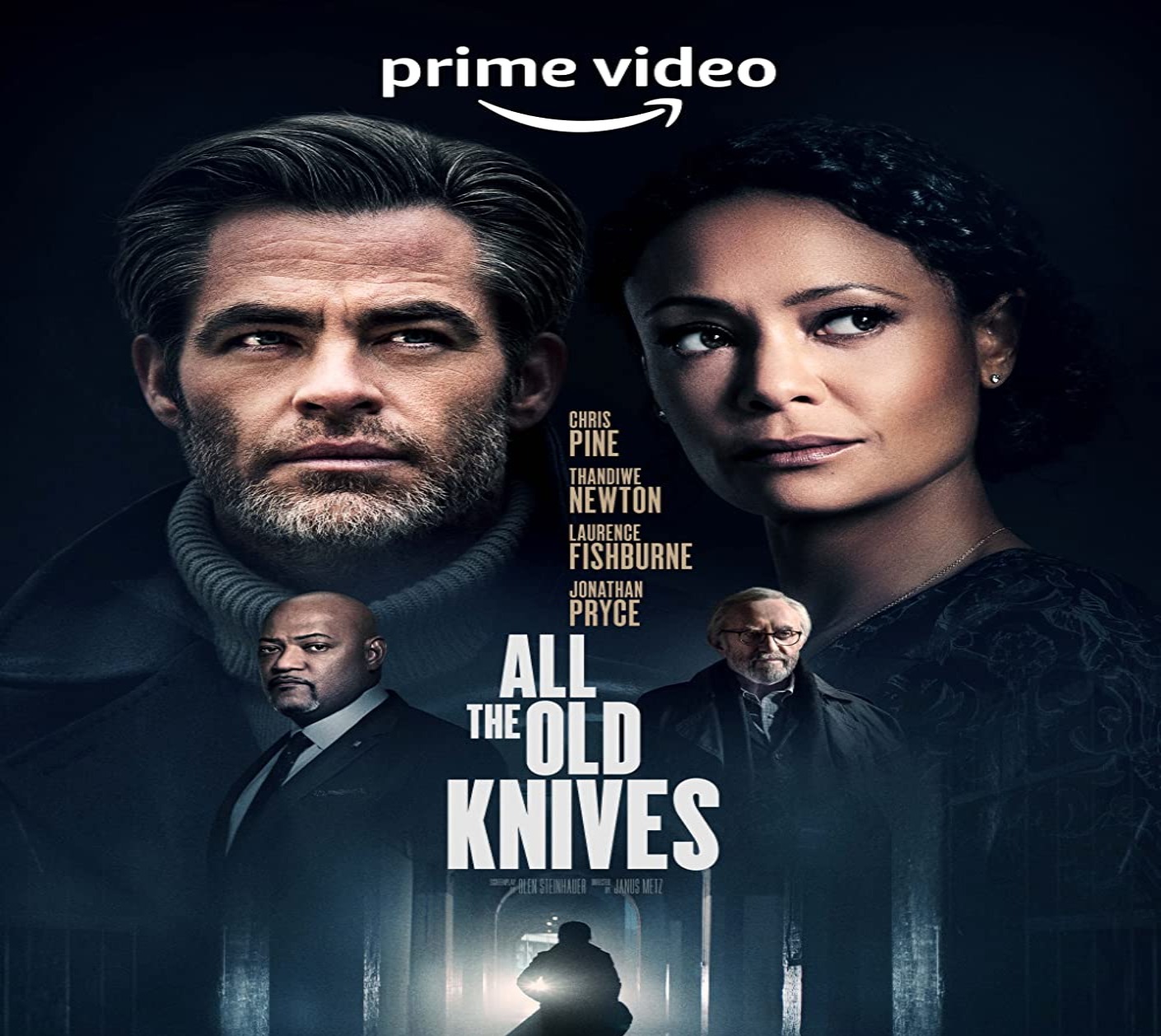 All the old knives is a thriller movie, and it is available on amazon prime video. It stars Chris pine, Thandiwe Newton and Lawrence Fishburne. It is a conspiracy thriller. It involves leaked information and the CIA, with events taking us to Vienna, California and England. It will be released on Amazon prime video in April 2022. It is directed by acclaimed Danish director Janus Metz and written by Olen Steinhauer.

This thriller movie, all the old knives, will be released on 8th April 2022 on prime video and in select cinemas on the same date.

All the old knives Movie plot

As we can see, the movie poster is very nice and shows that it does have some thrilling parts in the movie. The movie has a spy thriller that viewers will love a lot. The CIA realises that one of its agents has leaked all its information. This thing cost the lives of more than 100 people. Then veteran operative Pelham played by Chris pine, is assigned the task to find out the person who did this at the agency’s Vienna station. His investigation takes him from Austria to England to California. He meets his one-time colleague and ex-lover Celia Harrison (Thandiwe Newton). In this riveting tale of global espionage, moral ambiguity, and deadly betrayal, the pair are forced to blur the lines between profession and passion.

When the CIA discovered a mole, a veteran operative is assigned to root out the mole with his ex lover/colleague.

All the old knives Cast:

Us actor Chris pine is playing the role of the veteran operative Henry pelham, so that we can expect a lot of things like nice action and fighting scenes. He said that ‘This is probably one of the best scripts I’ve ever read – I’ve wanted to do it for five years,’ Along with Chris pine, we will also see Thandiwe Newton playing the role of Celia Harrison, who is the former CIA colleague and Henry’s ex-lover.

The cast is amazing, and viewers can expect a lot of amazing scenes in the movie.