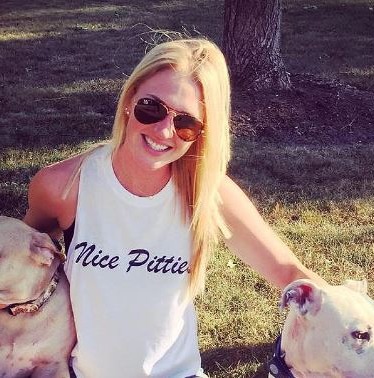 Amanda Schmitt Grazioli, aged 31, murdered by her husband in her sleep

Amanda Schmitt Grazioli was a newlywed who died at the hands of her husband. Amanda Schmitt Grazioli’s story is that of tragedy and sadness which makes our worst nightmares come true. Amanda was a sweet woman, someone with a kind heart and someone with compassion in her heart for others. Her life was cut short by none other than her own husband of 5 months, on 8th March 2018.

Who was Amanda Schmitt Grazioli?

Amanda Schmitt attended Altoona Area High School, where she had been a part of the football club. In 2008, she graduated from Slippery Rock University with a degree in Primary Education with a Reading Specialization. She cherished animals and therefore would frequently volunteer in fundraisers for animal rescue organizations. Kim Meloy, a long-time pal, praised her as the “most gorgeous woman” from the inside out. As per their friends, Amanda later Married John Grazioli on September 30, 2017. “Amanda was really ecstatic,” Kim said of the wedded bride, “At her marriage, she was elated.”

Amanda’s death and the reason behind it:

Amanda and John were having troubles in their marriage of 5 months and John had even discussed divorce with his family members. But on the night of 8th March, their argument got too far after which Amanda went to bed. John went to her bed after she had fallen asleep and murdered her by shooting her in the head with his gun. Police were informed about this by John’s ex-wife who he had confessed to about the murder. Police arrived and found Amanda’s body covered up and a note where John had written “I killed Amanda Schmitt Grazioli. I killed myself. I am profoundly sorry.” It seemed like he was going to commit suicide going by this note after killing his wife. John was arrested the next day in the murder of Amanda Schmitt Grazioli. Grazioli was condemned to life imprisonment in April 2019 by the court.