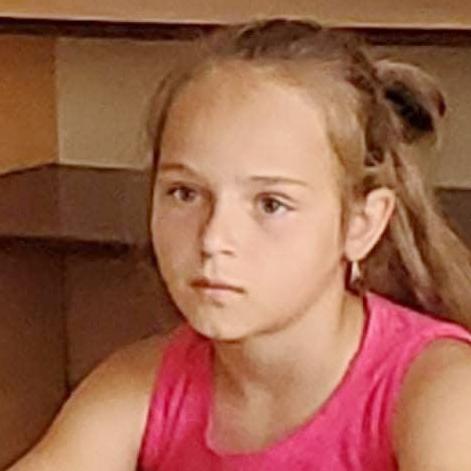 The Russian-Ukrainian war has become the headline topper for the past 2 weeks and is bringing heartbreaking and horrifying tales from the land of war. War brings out the worst of humanity at the forefront as death, destruction, and loss of innocence are certain in times of war. A tragic and scary tale has recently come out from the land of Ukraine which has shocked the world to its core. Anastasia Stoluk, a the ten years old child, was shot dead by drunk Russian soldiers as her uncle watched in horror, unable to help the innocent child.

What happened to Anastasia Stoluk?

The ten-year-old Ukrainian girl was allegedly fatally gunned down by “intoxicated” Russian troops while her uncle was forced to helplessly watch this execution in the town of Shybene, some forty miles from Kyiv, as military troops demolished buildings. Anastasia “Nastya” Stoluk was murdered after troops allegedly began firing at residences in the area and opened fire on the girl’s family’s home. According to the victim’s relative Anya Stoluk, the family members were helpless and were compelled to lay down a grave for her in their backyard when troops barred her mother, Luba, from traveling to the cemetery.

What did Anastasia Stoluk’s family say?

The victim’s family is in deep mourning for their daughter. Anya’s grieving adoptive mother Vera Dmitrienko, told the local newspaper, “People say that the soldiers just got so bored. They were even telling this to people in the village. They looted all the stores in the village, of course, they got a lot of alcohol from the stores and got drunk and started shooting. They shot into Nastya’s house, she was there with her uncle, and she died immediately.

Her uncle was taken to hospital and we still don’t have any information from him. The soldiers started shooting at houses after a teenage boy found a gun and shot it in the air and they heard it but since they were so drunk they didn’t know where it was from so they just started shooting everywhere they could see.”

According to the Ukrainian government, so far 38 children have lost their lives following the attacks of the Russian government to take over Ukraine’s territory.