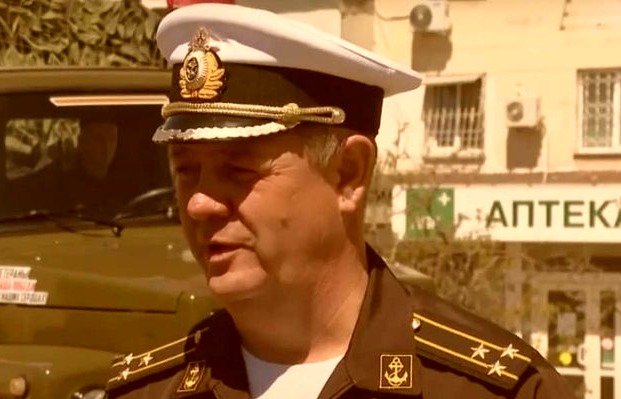 Andrey Paliy Putin has lost yet another top officer

Col Sergei Sukharev of the 331st Guards Parachute Assault Regiment from Kostroma was murdered on March 18, and Andrei Sukhovetsky, 47, was assassinated by a sniper on March 3 during a special operation. Major-General Oleg Mityaev, 47, commander of the army’s 150th motorised rifle division, was killed in fighting around the besieged city of Mariupol, Major General Vitaly Gerasimov, 45, was killed on March 7 outside the eastern city of Kharkiv. Colonel Andrey Kolesnikov, Commander of the Guards Tank Kantemirovskaya Division, was killed in fighting on March 11. According to Ukraine’s general command, Captain Andrey Paliy was killed by Ukrainian forces, albeit the circumstances surrounding his death are unclear, and Moscow has not reacted on claims.

According to the Telegraph, Konstantin Tsarenko, who used to work with Paliy at the Russian Naval School in Sevastopol, confirmed the sea commander’s death on V Kontakte, a Russian social-media site. Tsarenko has since deleted the post, but Igor Savostin, a former navy officer, also blogged about Paley’s death, according to the article.

The first naval officer was killed:

According to security analysts, Paliy was the Black Sea Fleet’s deputy commander for military-political work. He is thought to be the first Russian Navy officer to be killed during the invasion. Ukraine has claimed to have killed five Russian military generals thus far. However, analysts assume that around 20 major generals command Russian operations in Ukraine. If all reported casualties are confirmed, over a fourth of Russia’s generals have been killed in battle. According to Mykhailo Podolyak, a senior adviser to President Volodymyr Zelensky, the “high mortality” of senior officers demonstrated that the Russian army was “completely unprepared” and “fights only with numbers and cruise missiles.”

The Ukrainian army is thought to be targeting senior Russian officers, using unencrypted communications revealing certain officers’ locations. According to Western defence sources, high-ranking Russian commanders have been placing themselves at risk by approaching the battlefield to retake control of operations that have become severely stopped in some regions.

On Sunday, a former UK defence intelligence chief claimed the Russian invasion of Ukraine was “quite demoralised, fairly stuck, and pretty halted.” Air Marshal Philip Osborn told Sky News’s Sophy Ridge that Russian forces were “demoralised” because they were “poorly prepared and proven to be inadequate,” and that they were now stuck because they had “lost impetus.”