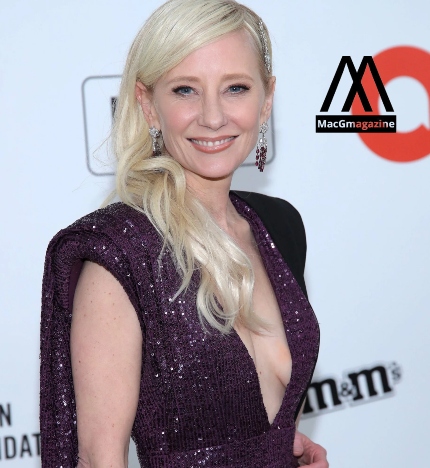 Her spokesperson said she is legally dead but the hospital has kept her on life support for organ donation.

Anne Heche met a terrible accident last week when she crashed her car into a building. After treating her for a week she legally died. She was in an instant coma after she met with a severe accident in Los Angeles.

“While Anne is legally dead according to California law, her heart is still beating, and she has not been taken off life support so that One Legacy can see if she is a match for organ donation,” a rep for Heche said.

Family statement on the tragic death of Anne Heche:

Her family said, “Today we lost a bright light, a kind, and most joyful soul”. the family gave the statement on Friday. Anne Heche was the mother of two and her last popular show was dancing with the stars in 2020.

The crash took place on Friday in the Los Angeles mar vista neighborhood. Heche took out her blue mini cooper and many pictures of her driving were caught by paparazzi. The car broke into pieces after the severe crash.

her car was blasted or caught fire .it took 59 firefighters to extinguish the fire that also spread in the building. The house she crashed into was so badly damaged that it needs to be entirely reconstructed.

Anne Heche’s representative issued an official statement that reads, “Unfortunately, due to her accident, Anne suffered a severe anoxic brain injury and remains in a coma, in critical condition. She is not expected to survive. It has long been her choice to donate her organs and she’s being kept on life support to determine if any are viable.”

The official statement continued, “We want to thank everyone for their kind wishes and prayers for Anne’s recovery and thank the dedicated staff and wonderful nurses that cared for Anne at the Grossman Burn Center at West Hills hospital. Anne had a huge heart and touched everyone she met with her generous spirit. More than her extraordinary talent, she saw spreading kindness and joy as her life’s work — especially moving the needle for acceptance of who you love. She will be remembered for her courageous honesty and dearly missed for her light.”

Read More – Alina Villasante, the founder of peace love world. Who is Alina and how did she become so rich?