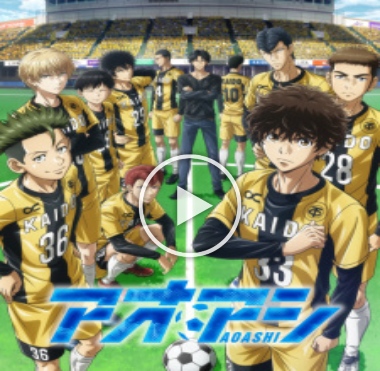 This year will see the release of Ao Ashi, a new sports anime series (2022). You may have heard of Blue Lock, a famous football manga series that will soon be adapted into an anime. But did you know that there’s an anime series called Ao Ashi that shows the Japanese Football Association Under 18 Premier League, not just an ordinary high school soccer team? Isn’t that news to you as well? The Ao Ashi manga series, written and drawn by Ueno Naohiko and Yuugo Kobayashi, has received nominations for the prestigious Manga Taisho awards. Along with the popular series Kaguya Sama: Love is War, the manga series, published by Big Comics Spirits, received the 65th Shougakugan Manga Award.

What Is Ao Ashi About?

The “Ao Ashi” series, which debuted in Shogakukan’s Weekly Big Comic Spirits magazine in early 2015, is beloved by many manga fans. Since then, it has been nominated for the 10th Manga Taisho awards in 2017 and has won the Best General Manga award at the 65th annual Shogakukan Manga Awards in 2020. As of mid-November 2021, the series had issued twenty-six volumes. Its volumes have been printed more than 9 million copies.

The narrative follows promising teenage soccer star Ashito Aoi, who resides in Ehime prefecture on the island of Shikoku, and is based on an original concept by Naohiko Ueno. The third-year middle school youngster is a novice player with a lot of promise. He aspires to be a professional player one day. However, to attract the attention of high-profile teams and scouts who can assist him in realizing his objective, he forces his team to be eliminated from a significant event.

Shougakugan announced the anime series in May 2021. According to the official website, the anime series Ao Ashi will premiere on April 9, 2022. Every Saturday at 6:25 p.m., the series will be shown on NHK E-Tele. Production I.G. is the studio in charge of the animation for the Ao Ashi series.

Some of the most popular series are Giant Killing and Aoki Densetsu Shoot! Even though Ao Ashi isn’t well-known worldwide, the series has a compelling narrative. Despite its status as a regular sports show, Ao Ashi promotes Japanese football and serves as promotional material for the Japanese Football Associations Under 18 Premier League! Aoi Ashito, the protagonist, is a Japanese suburbanite. As one of the greatest in his region, Ashita is acknowledged by Fukuda, an ex-professional footballer. Fukuda was formerly well-known globally, and now he is educating the new generation.

The Esperion Youth Club’s trainer (Fukuda) invites Ashito to the trials. Ashita is amazed by such talented players in Tokyo and strives to be the best. Ashita practices more than everyone else since he is aware of the competition he faces. Unfortunately, Ashito is oblivious of his unique weapon while attempting to catch up to his friends.