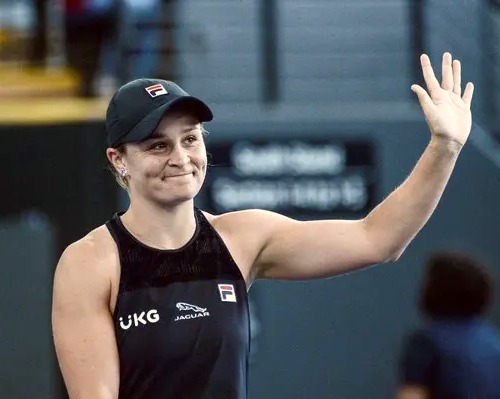 Ashleigh Barty, world’s no.1 in tennis, has taken early retirement from the sport at 25. Ashleigh has won so many awards and has been a pride for Australia. She announced her retirement through an Instagram heartfelt message. This took place a week after she got the title of first homegrown champion of Australia in 44 years. Fans are still stunned after hearing this news but wish her their best wishes.

Ashleigh has been world no.1 for the last two years. She has also achieved three grand slam titles – the French open in 2019, Wimbledon in 2021, and Australia open this year.

Ashleigh shared a tearful message on Instagram announcing her early retirement. In the message, she has shown her gratitude towards the sport and all it has given to her. She also said that even though tennis has given her so much in life, she has grown a lot and knows the meaning of happiness in her life but now is the time to put the racquet down and start a new journey.

After the message, the women’s tennis association has appreciated Ashleigh and thanked her for being the ambassador for sports and women worldwide.

Ashleigh has always been good at sports. She has also played cricket and won tournaments for it. In addition to cricket, she was also good at golf. But the only thing she was the most passionate about was tennis. She was good at tennis, and now she is one of the best in the world. She has won so many awards for her amazing skills. She also got engaged to her boyfriend last year, who was incredibly supportive of her.

It is still unclear as to what her plans are regarding the future. If she did any other sport, it would be good news for her fans. Ashleigh’s fans will always support her and wish her the best of luck.