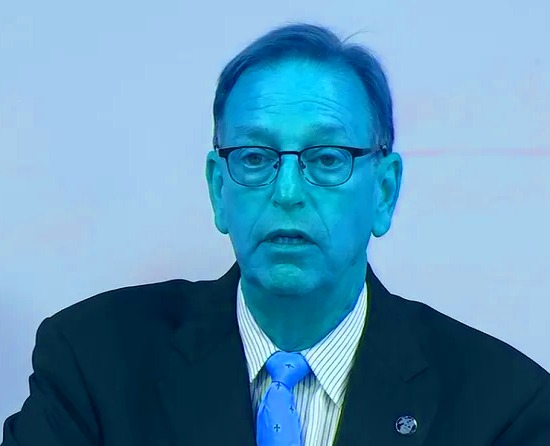 Attorney Pete Orput from Washington dies at 66 because of cancer

According to county officials, Pete Orput, Washington County Attorney, died Sunday at his home in Stillwater after a recent cancer diagnosis. He was 66 years old at the time. For 11 years, Orput, a history teacher turned lawyer, was the chief prosecutor in Washington County. He earned a reputation as a tough-on-crime prosecutor who also recognized the need of forging a route forward for individuals dealing with mental illness or addiction.

Orput developed a veterans court and mental health and drug abuse diversion programs. He went after sex traffickers and drug dealers hard, and he spearheaded a statewide effort to sue opium-based painkiller makers and distributors. In recent years, Orput has concentrated on system improvements, such as assisting nonviolent offenders in having their records expunged and lobbying county authorities to alter bail systems to make them less burdensome for the poor and more successful at reducing crime. Orput had lately informed his coworkers and friends of his condition via e-mail. In March, Orput went to the doctor with persisting COVID-19 symptoms and was told he had cancer.

Who was Orput, and how was he famous?

Orput, who has been in the position since 2010, announced his retirement at the end of the year. As an associate county attorney, he formerly worked for Mille Lacs, Carver, Hennepin, and Dakota counties. He was a veteran of the United States Marine Corps, having enrolled in the service in 1973. As a veteran, Orput aided in establishing a county program to assist other veterans. Among those who were saddened by his death was Republican State Sen.

Orput charged Kim Potter, a former Brooklyn Center cop, with second-degree manslaughter last year. His agency ultimately transferred the matter to Hennepin County, which was finally taken over by Minnesota Attorney General Keith Ellison’s office. When neighboring counties required aid, Orput regularly took on cases from other counties, such as the Byron Smith double murder case in 2014. He was noted for his ability to communicate both in and out of the courtroom, and he was one of the local prosecutors who went to court to aid victims of the opioid crisis.

He finally returned the case, and a senior member of his office staff left protesting Potter’s prosecution. In February, Potter was sentenced to two years in prison after being found guilty of first- and second-degree manslaughter. Orput noted that his job’s stress had increased since he was diagnosed with Parkinson’s disease and that the COVID-19 epidemic had contributed considerably to the backlog of cases his office was dealing with, causing even more stress. He stated that he intended to volunteer during his retirement. Orput is survived by his wife, Tami, and his six children and grandkids. Later, the County Board will give details on the procedure for hiring a county attorney.