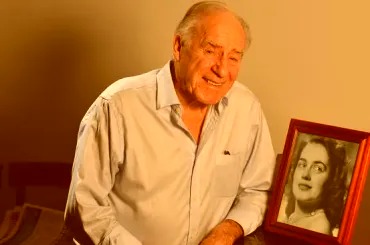 Australia Actor Alan Hopgood died at the age of 87

Alan Hopgood, a well-known Australian author and performer died recently. On March 19, 2022, he breathed his last breath at The Alfred Hospital in Melbourne, Victoria, Australia. At the time of his death, the actor was 87 years old. Without a doubt, the news has crushed all of his admirers and family members. Heartfelt sentiments and admiration have filled social media. Everyone is mourning and expressing their sorrow at the veteran actor’s untimely passing. According to sources, Alan Hopgood, an Australian actor and dramatist is battling prostate cancer.

At the age of 59, he was diagnosed with a dreadful disease. Alan has been battling prostate cancer since that time. Despite receiving the most excellent treatment available, the actor could not survive and died of the sickness. Alan Hopgood was honored by Professor Catherine Crock, AM of Go Kindness.

Who was Alan Hopgood?

Alan grew up in Launceston, Tasmania, born and raised. While still a child, he demonstrated his outstanding acting abilities in various dramatic parts. He went to Melbourne public schools and graduated from the University of Melbourne with a BA Honours degree and a Diploma of Education. While working as a schoolteacher, he wrote his first play, Marcus, staged at Melbourne University. After that, he quit his job as a teacher to focus solely on writing and acting.

The sports drama And The Big Men Fly, presented by the Melbourne Theatre Company in 1963, was Hopgood’s first successful production. The play was adapted into a film and a television show. He also played Dr. Reed in the television series “Bellbird” and as Wally Wallace in “Prisoner.” The piece was later adapted for television by the Australian Broadcasting Corporation in 1973. Apart from that, Hopgood has written other television and film screenplays, including Alvin Purple, a 1973 comedy picture.

It was also one of Australia’s most commercially successful films in the early 1970s. He had ten years of experience as an actor with the Melbourne Theatre Company. In 1996, Alan published One Man’s Journey, a book about his experience overcoming prostate cancer. In 2005, Alan Hopgood was named a Member of the Order of Australia for his work in the performing arts to promote awareness of men’s health issues.