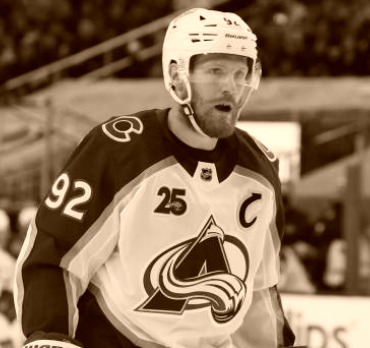 Gabriel Landeskog, one of the much popular Ice Hockey Players as well as a capstone of the National Hockey League’s Colorado Avalanche has been a face in the news since he has injured his knee.

What really happened to Gabriel Landeskog?

Gabriel met with serious knee injury and then he had to be reached for the surgery on March 15. The doctors haven’t yet given him a timeline in which he can be back to the Ice Hockey play. As per the reports, he have had certain injuries since long as he has been playing the game since long.

Now that he has undergone knee surgery, it  has been a successful one  and Gabriel has been declared fine now. Avalanche fans were first shocked to hear that the timeline of his return has not been declared yet and there’s no news yet. Gabriel has 59 points in 51 games with the avalanche this season including 30 goals and 29 assists.

Gabriel had undergone successful knee surgery on Tuesday as per the reports. Though his return to the field is not yet determined but the physicians said that his return would be expected soon.

The Avalanche could place him on long term injured reserve for a possible acquisition at the trade deadline.

Who were the other players along with Gabriel Landeskog were injured too?

This season has been a little unpleasant for the Avalanche in terms of injury as they have been playing the season without their significant top players. They have all missed no. of games due to their injuries one or the other way. Nathan MacKinnon, Cale Makar, Mikko Rantanen, J.T. Compher, Pavel Francouz, Devon Toews, Alex Newhook, and Bowen Byram were among the injured players.

Gabriel’s coach Bednar even mentioned that something has been bothering his knee since a long time and by time it has gotten worse.

Gabriel has even recently played 18mins in Colorado game, a 2-0 loss to the Carolina Hurricanes on Thursday night.

Despite the unfortunate situation going on, the Avalanche have still been the best team in the league and have even been a strong contending for the President’s Trophy.

The team is expecting his return before the beginning of the  playoffs in late April Or early May and the rest depends on how fast Gabriel recovers.