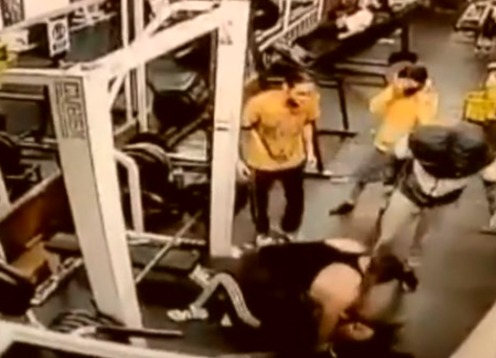 Ayesha Lemus was trying to practice for a world record but she could not handle the weight of a 440 lb (199 kg) barbell.

Taking care of our health has become the utmost priority of people nowadays. People join gyms and work out daily to maintain their health and to look good. Some people also work out to build records and become better than their previous selves. One such case of building a record went horribly wrong recently when Ayesha Lemus, a citizen of Mexico, attempted to lift a 440lb barbell and got crushed under it. The barbell was too heavy for her body and she could not hold it up for long before the barbell crushed her neck and ended up killing her.

What happened to Ayesha Lemus?

Ayesha was reported to be between the age of 35-40 at the time of her untimely demise and was a citizen of Mexico. The surveillance footage of the gym showed that on Monday, 21st February, Ayesha was seen trying to lift the barbell that weighs around 440 lb. It only took about 5 seconds of struggling before the barbell fell down on her neck and completely crushed her neck resulting in her death.

It all happened so quickly and was witnessed by Ayesha Lemus’s daughter too. She too rushed to rescue her mother but it was of no use as her mother had already passed away. Several other gym members also came rushing in and joined the daughter and the trainer in lifting the weights off of the woman’s body.

But sadly, it was already too late at that point. Ayesha can be seen falling lifelessly onto the floor in the CCTV footage obtained. Her daughter is traumatized by this ordeal and is receiving proper therapy and psychological help to get through this rough time.

Read Also:- Is Ron Lafferty Dead or Alive? How Could He Die?