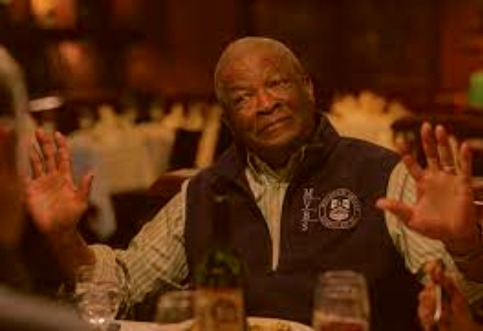 Bob McDuff Wilson, actor from This Is Us (2016), passed away

Bob McDuff Wilson was a noticeable entertainer who had played major roles in popular films and series such as This Is Us (2016), Chopping Block (2005) and Retiring Tatiana (2000). Bob McDuff was also very famous for his most beloved role as Professor Yurabay in “I Think You Should Leave With Tim Robinson.”

Bob McDuff Wilson was renowned for his lovable attitude, everybody who interacted with him believed he was captivating. Everyone who had been charmed by his performances has indeed been heartbroken by the announcement of his untimely death. Bob left a legacy behind after he left this world. His fans and family members have been shocked by the news and are mourning his death. People who adored the actor began to pray for his soul’s rest and to praise him for his achievements.

The information of Bob McDuff’s death was verified thanks to the internet. His family is extremely sad today and has remained silent about his death.

As a result, the cause of Bob’s death remained unclear for the time being. The manner of death has yet to be revealed to the public.  People, on the other hand, have rushed to express their grief and condolences to Bob’s friends, family, and anyone else who knew him.

We may learn further about Bob McDuff’s obituary in the future. We sincerely wish for his family’s perseverance throughout these challenging circumstances. Despite the fact that his fans were eager to learn more about him, the celebrity had spent the majority of his life in privacy. He has also yet to be included on the Wikipedia page so not much is known about his private life yet to the public. Bob McDuff’s death has left an empty hole in the entertainment industry too who will forever be missing his presence.

bob mcduff wilson, our beloved professor uribe, has passed away. bob’s last acting performance was housing tim’s burger and delivering the most devastating punchline ever uttered in sketch comedy history. a comedian’s dream come true. we love you bob pic.twitter.com/2AlZvLbQbA