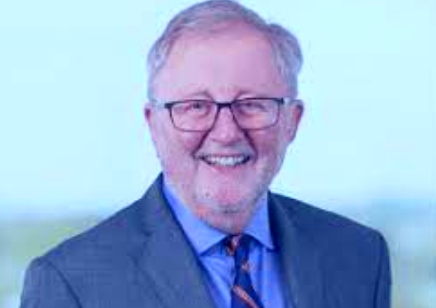 Brian Gaynor, a New Zealand business analyst and businessman, died on Monday after a brief illness, according to BusinessDesk. Gaynor is a co-founder of Milford Asset Management, an investment firm with $15 billion in assets under management. Prior to its sale to NZME last year, he became a major shareholder and chair of the board of BusinessDesk, a business news publisher. Reporters added, “We at BusinessDesk extend our heartfelt condolences to Brian’s family and all who knew him.”

“Despite being a member of that group, he has proved that he is unafraid of ‘rocking the boat’ of investment institutions,” the organization added. “He has shown a strong willingness for businesses and organizations to ‘do the right thing’ rather than ‘seek the largest bonus.” “Brian’s research and analysis skills are legendary, covering both digital and physical collections. He also has an incredible recall of people and events.”

“At this difficult time, our hearts go out to Brian’s family. In 2003, Brian was one of our company’s founders. The ideals, devotion, and talent he brought to the firm and our people helped shape the company into what it is today.”

Gaynor was a “titan” of New Zealand’s financial markets, according to NZX chairperson James Miller, and he will be sorely missed.

In a statement, Miller said, “Brian would be one of the most influential figures in the 150-year history of New Zealand’s capital markets and the NZX.  He had an incredible career as an equity analyst, an entrepreneur fund manager, and a prominent business pundit.  Brian was a well-known leader with a brilliant mind who was enthusiastic about capital markets and their role in the wider economy.”

Gaynor has a propensity to stimulate debate by “openly and boldly sharing his opinions,” according to NZX chief executive Mark Peterson. ” His market knowledge, history, and observations were remarkable.”