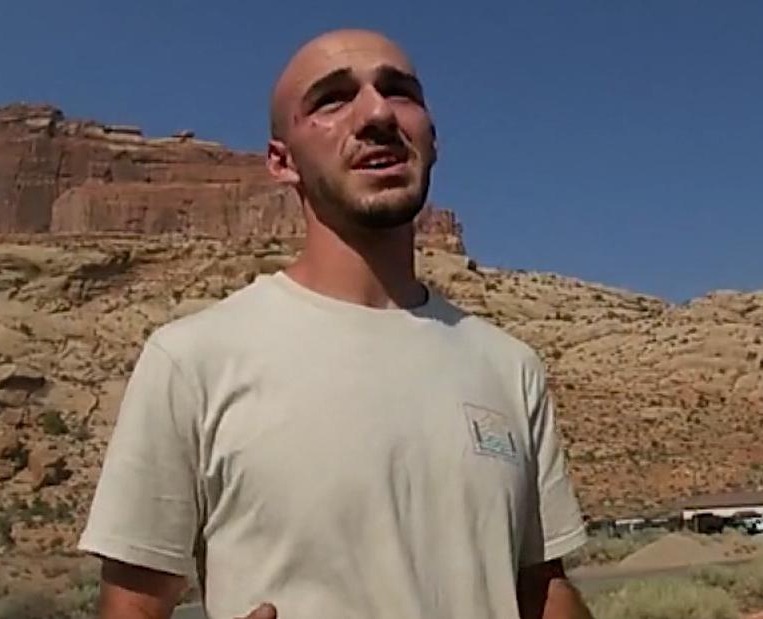 The horrific story of murder and betrayal took a new turn and is approaching its end soon. Brian Laundrie’s new autopsy revealed that he was scavenged by a pack of wild animals and eaten before being discovered by the authorities. The new 47-page long report reveals multiple gouges and gnawing signs that indicate somewhat significant carnivore activity leading to his demise. Laundrie was killed of a self-inflicted gunshot wound to the head, according to the statement by the police as they feverishly scoured for him being the major ‘prime suspect’ in Gabby Petito’s disappearance.

Who was Brian Laundrie?

23-year old Brian Laundrie was the prime suspect in the missing case of fiancée, Gabby Petito, (22), who he murdered by strangling. Gabby’s parents notified authorities of her missing on September 11, and her fiancé Brian Laundrie fled from his folks’ house shortly afterward. In June, the pair embarked on a trip in Petito’s modified van, something they recorded for social networking sites. On September 1, Laundrie arrived separately, bringing the minivan to his folks’ house in Florida. In mid-September, as authorities were looking for the missing girl, Laundrie fled. Petito’s body was discovered in the National Forest a few weeks later. Physical strangling was declared as the result of her death.

What did the new autopsy reveal?

The search for Brian Laundrie continued since then. As per the health expert’s findings, Laundrie’s skeleton remains were found in a densely forested region in Sarasota County last October. Due to “severe carnivorous activity” including such as scavenging from coyote, rats, and foxes, only Laundrie’s skeleton survived. A bag with a tent and flares, a piece of paper and a red cap with the brand “Moab Coffee Roasters,” and a wooden box with a tiny notepad and pictures were among the things retrieved from the area where Laundrie’s remains were discovered, according to the 47-page report. The case seems to be coming to an end after this finding.

Laundrie’s skeletal remains were found in a thickly wooded area in the Carlton Reserve in Sarasota County in October, according to the medical examiner’s report. https://t.co/WlyMLbXDOJ