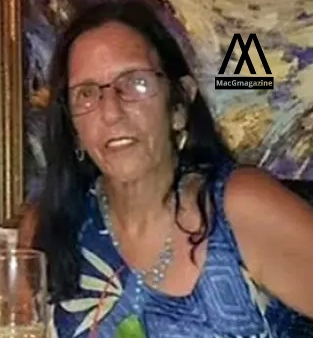 Police arrived at the scene when they were informed of a burglary in their house Diana were found dead in the house so was her dog.

Diana Theodore’s entire body and the floor were covered in blood. The dog was also around the dead body of Diana. the suspect must be cautious that the dog might recognize his smell so he must kill it too. The incident took place at her home in Morne Sion, Choiseul, St Lucia.

This was a planned murder as per police because the dead body of Diana Theodore was found tied under her bed. it is clear the burglar had enough time and plan to kill her with patience. this might be old revenge. Police in Choiseul, St Lucia, have initiated a murder investigation with a team.

Her head was blasted open in the attack.

Diana Theodore moved to St. Lucia 30 years ago and she found her home:

Theodore had found her love on Island and since then she never moved back to the UK. It was her 30th year on the St. Lucia island. the people around her called them “community activist”.

the Saint Lucia National Trust made a statement: “Today we heard the very sad news of the untimely loss of our long-term member and former councillor and friend of many of our members.”

The trust described Theodore as “a passionate and vocal advocate for Saint Lucia’s natural and cultural heritage”, adding that she was “a long-term member of the trust who also served on council and regularly contributed her ideas, concerns and advice in areas of conservation and community interest”.

A neighbour mentioned Theodore as “a very nice person. Every time you see her, she would be smiling” and said the attack had left the community in shock. “She is such a nice lady and did not deserve this at all.”

A friend of Diana did not see her for days and reported to neighbours:

She used to live with a friend and the police were called on the suspicion of burglary since Diana was not seen for some time. Theodore’s friend visited a neighbour “came to us and said he had not seen her, so we all went in search of her but did not find her. It is not like her not to be seen in this small village. She was friendly and has been living in Morne Sion for many years now”.

Supt Luke Defraitus of the major crime unit told a local radio channel “Police responded to an initial call of a burglary. Upon their arrival, the body of the owner of the premises was found bound and gagged within the premises.”

Theodore has left a daughter who is lecture and resides in the UK.