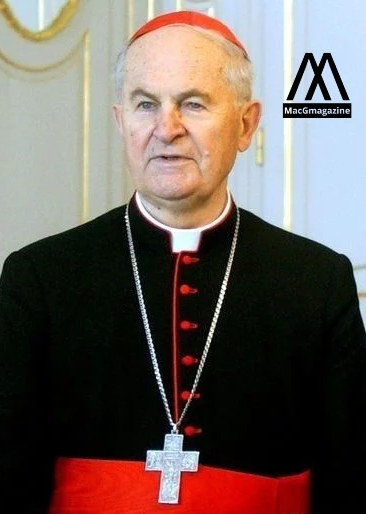 Slovakian Cardinal Josef Tomko passed away on Monday morning. He was the oldest living man and a member of the College of Cardinals.

Cardinal Jozef Tomko took his last breath in Rome at 5 a.m on Monday.  He dies on the 8th of august and he was 98.

Jozef was born in Slovakia. most of the church’s high posts are usually under the control of white skin Christians. some time ago there was a clear protest about putting more black people and women in Christian top leadership.

Cardinal Jozef  was under the care of a personal nurse:

Cardinal Jozef has his own apartment in Rome where he was taken care of by the Sisters of Charity of St. Vincent de Paul.

He was given a bed in Rome’s Gemelli hospital on June 25 Because of an injury to his cervical spine, he was consistently in care at his home where a dedicated nurse was appointed to help him out.

During his care at the hospital, he was paid a visit by the Vatican Secretary of State, Cardinal Pietro Parolin.

after the news of his death broke, the Slovak bishops’ Conference invited the Christians to pray for the soul of the Cardinal. the time, date, and location of Jozef  Tomko will be announced in Rome and Kosice.

Slovak bishops conference made the statement about Jozef Tomko:

A heartfelt message posted by the Press Office of the Slovak Bishops’ Conference read:

“It is with a heavy heart and at the same time with the hope of resurrection that we announce that His Eminence Cardinal Jozef Tomko rendered his noble soul to the Lord today, August 8, 2022, in the early hours of the morning at his residence in Rome, surrounded by his closest associates.

We invite all to include him in their prayers. More information about the funeral in Rome and the burial at St. Elizabeth’s Cathedral in Košice, where he will be buried, will be provided in the near future.”