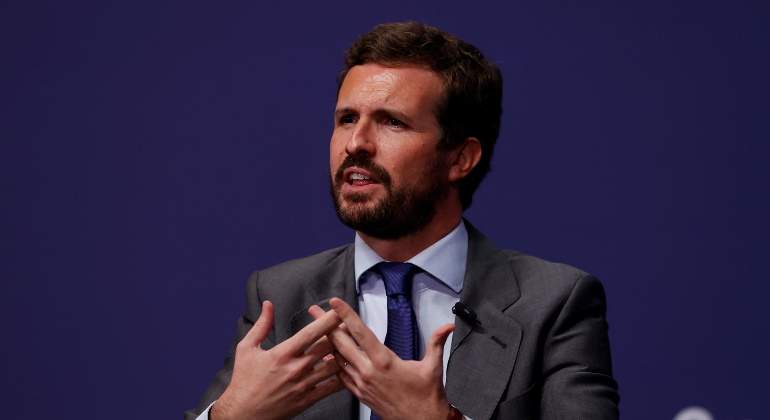 The leader of the PP, Pablo Casado, will seek an image of unity with his territorial ‘barons’ and provincial positions at the closing of the PP National Convention that is being held this weekend in Valencia. This Saturday, one of the main protagonists will be the president of the Community of Madrid, Isabel Díaz Ayuso, who will travel to the conclave just landed from her institutional trip to the United States, according to Europa Press.

The national leadership of the PP is taking maximum care of the preparations for this final brooch of the Convention – which the first five days has stopped in Santiago, Valladolid, Madrid, Seville and Cartagena before arriving in Valencia – in which it is intended to rise the figure and leadership of Pablo Casado as a “real alternative” to the Government of Pedro Sánchez .

The leader of the PP has spent days preparing a solemn speech full of “content” , according to sources in his environment, which he will deliver at the closing ceremony on Sunday in the Plaza de Toros de Valencia, icon of the great PP rallies in his time of absolute majorities.

The PP has chosen the Valencian arena to show muscle and strength as José María Aznar and Mariano Rajoy did in the past in the company of Rita Barberá, Eduardo Zaplana and Francisco Camps. In fact, the latter – who chaired the Generalitat between 2003 and 2011 – has confirmed that he will attend Sunday’s ceremony.

All the regions and provinces of the party are mobilizing militants and chartering buses to close ranks with Casado in Valencia, a deployment that the party has made “always” when it comes to a national congress or convention, according to sources from the ‘popular’ leadership .

The Plaza de Toros will not be at 100% of its capacity since the capacity restriction measures in the Valencian Community are in force until October 8. Thus, the ‘popular’ will be able to fill up to 75% of the ring, so an attendance of more than 9,000 people is expected .

The general secretary of the PP, Teodoro García Egea, has affirmed that on Sunday it will be possible to “transfer to Spain the image” that they have “a leader, a project and a team . ” And the new president of the Valencian PP, Carlos Mazón, has expressed himself in similar terms, who sees that the closing of October 3 as a “springboard for the future” and the “prelude to great changes” in the Valencian Community.

Expectation before the arrival of Ayuso
On Saturday’s day in Valencia, the media focus will be on Ayuso, who has spent this week on an institutional trip to the United States to seek investment and promote the Madrid brand . There he has had an intense agenda with daily statements such as this Wednesday on Telecinco ensuring that Casado is “the undisputed leader” of the PP and “the change” that Spain needs.

These types of demonstrations have helped to reduce the internal tension this week of the Convention after the pulse that opened at the beginning of September when Ayuso announced that he would run to preside over the PP in Madrid and demanded to hold the Madrid congress. ‘Genoa’ was forceful and made it clear that this conclave would be held in 2022 as approved by the National Board of Directors.

That trip to the US prevented Ayuso from participating last Wednesday in the event that the Convention held in Madrid with former French president Nicolás Sarkozy as the star guest. That day, Casado gave prominence to the mayor of the capital, José Luis Martínez-Almeida, and conveyed an image of unity by appearing seated next to the former Madrid president Esperanza Aguirre, who two weeks ago had called some positions of ‘Génova’ “chiquilicuatres” ‘.

Ayuso will participate this Saturday in a table of regional presidents along with the other ‘barons’ of the PP under the title ‘The Governments of Freedom’ and there will also be two other tables, one of mayors and another provincial presidents of the party. The first day in Valencia, at the Auditorium of Arts and Sciences, will be inaugurated by García Egea.

In the direction of the PP they maintain that the PP Convention is being “a success” because a closing of ranks around Pablo Casado is being visualized, not only of the former presidents of the Government but also of European leaders and guests to the presentations.

Moreover, ‘Génova’ considers that this fact reinforces the message of the PP to “unify the vote of the center-right around the Popular Party” , which is making it clear in the conclave that they are the “real and pausible alternative to the Government of Pedro Sánchez “.