CLAYTON Michael Neidorff, a stalwart of the St. Louis corporate community and longtime Centene Corp. leader, died on Thursday at 79. For 26 years, Neidorff headed the Clayton-based corporation, transforming it from a small health care firm to a Fortune 25 behemoth and the region’s largest company located. He and Centene have donated millions of dollars to local charities. He also caused shockwaves through the community when he asked local authorities to do more to combat crime. Former Clayton Mayor Harold Sanger, who worked closely with Neidorff as the corporation erected and later extended its offices in the city’s business centre, termed him a “magnificent human being” and “vital” in Clayton’s success.

“Michael was Centene Corporation’s visionary leader for more than 25 years,” the company said. “He crafted a spectacular American success story, and his dedication to providing inexpensive, high-quality health care to the world’s most vulnerable people altered lives around the world.” Sanger recounted Neidorff calling him at 11 p.m. one night after 18-year-old Michael Brown’s death spurred protests across the region to say he had received board clearance to establish a Centene call center in Ferguson, complete with a child care center for staff. Family Hospital Physician Associates, the forerunner to Centene, was created in 1984 in Milwaukee, Wisconsin, as a nonprofit Medicaid plan. In 1996, Neidorff was named president and CEO, and the company expanded into Indiana. The following year, it was renamed Centene Corp. and relocated its headquarters to St. Louis.

By 2001, the business’s revenues had increased to $327 million, and the company went public in December of that year for $14 per share. Centene grew rapidly in the decades that followed, with revenues totaling $126 billion last year. In 2020, the business acquired subsidiaries across the United States, including rival WellCare Health Plans Inc., in a $17.3 billion merger. Centene’s footprint increased to 50 states, up from three in 2001. Centene is placed 24th on the Fortune 500, 57th on the Fortune 500 Global list, and 7th on the 2019 Fortune Change the World list. 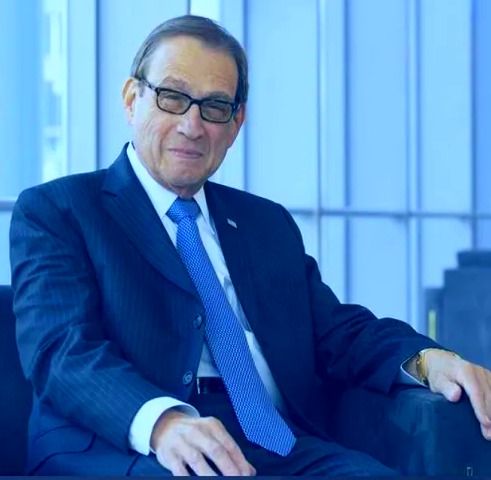 $30 million investment in the city:

Neidorff and Centene became philanthropic leaders in St. Louis and across the country as the firm flourished. In 2017, he was named Citizen of the Year by the St. Louis Post-Dispatch for organising a $30 million investment in Ferguson following the 2014 unrest. In addition, Neidorff served as chairman of the National Urban League’s board of trustees and on the boards of the Greater St. Louis Boy Scouts of America and Concordance Academy. He also served on the St. Louis Symphony Orchestra board, as a trustee for the Opera Theatre of St. Louis, and as Treasurer of the Kennedy Center Board of Trustees. Donations in his memory can be made to the Siteman Cancer Center, the Opera Theatre of Saint Louis, the St. Louis Symphony Orchestra, the Jewish Federation of St. Louis, or a charity of your choice, according to the family’s statement.

Read Also – Christian Toby Obumseli was stabbed to death by her girlfriend.