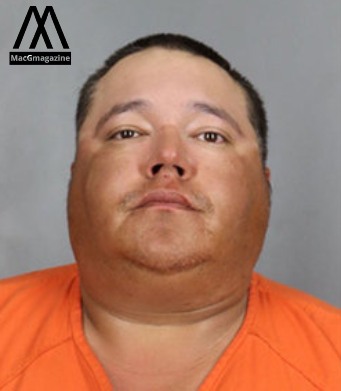 Police have arrested the pervert softball coach who asked for nudes and videos from a nonadult female student. Arapahoe County Sheriff’s Office has confirmed the arrest and charges.

Paul (Pablo) Severtson, 37 is apprehended by police after he asked for nudes of a little girl got out and he has been held at Arapahoe County jail. he will be produced in court Thursday morning. bond for his bail has not been decided yet.

law enforcement in Hanover, Va. wanted to pursue a case of a young girl’s suicide, they contacted the local sheriff’s office in March. The investigation confirmed that the girl was talking illicit stuff to her teacher on many apps and she was later found dead. The age of the girl is still not revealed by the police.

Paul made a fake Kik account to trap girls:

Paul was faking his age on many social media apps like KIK . he claimed to be a 22-year-old boy on this app. the girls were not aware of his fake account.

“Investigators found that Severtson was attempting to persuade his victim to produce and send nude images and videos of herself, which due to her age, would be considered child sexual abuse material,” the release said.

A search warrant against Paul was arranged by a unit that works to protect the children from crimes, they also confiscated his phone to send it lab.

He is taken into custody and his phone will be produced in court as evidence.

The career of Accused Paul Severson:

“CCSD is working with the Arapahoe County Sheriff’s Office to support their investigation,” Cherry Creek spokesperson Abbe Smith said. “In accordance with state statute regarding mandatory parental notification for certain felony charges, the district has notified families at all three schools where Mr. Severtson worked. Mr. Severtson went through the regular district hiring process, which includes a criminal background check and reference checks. The process did not raise any concerns about his employment.”

The sheriff’s office has asked other victims to come out: