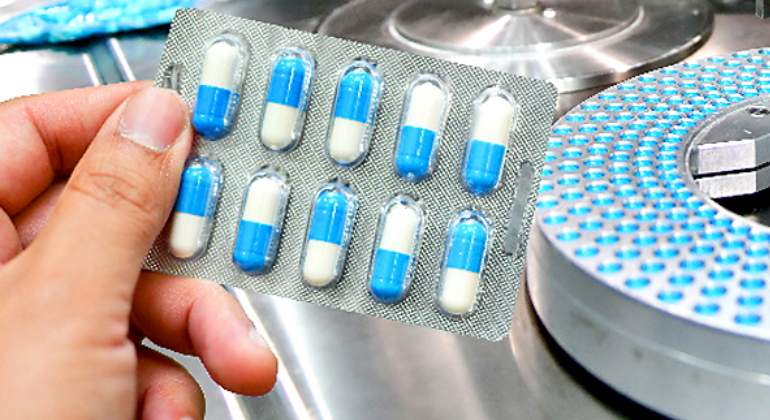 The production balance of pharmaceutical raw materials (API) is still far from being balanced. On the day that the pandemic began to spread from the Chinese city of Wuhan, European countries began to verify the great dependence that exists on the Asian giant, where 41% of world production is produced. Along with China, India is another of the protagonists of global pharmaceutical manufacturing and both countries cut off the tap on exports in the early stages of the pandemic, sowing panic.

An example can be seen with three of the most commonly used medications on a day-to-day basis. The manufacturing centers to supply the Old Continent with paracetamol, diclofenate and Metformin are located in China or India (see graph). “While India prohibited the export of a list of APIs, the pandemic also opened the eyes of European patients, making them see that Europe’s strategic autonomy for some essential medicines was too dependent on production outside the continent,” explains the report ‘Manufacturing Resilience ‘, promoted by Teva.

In Europe, the large factory for pharmaceutical raw materials is located in Germany, where 15% are produced. Spain does not even appear in a ranking that does include France, where 5% is produced. Now, the European Union has proposed to be one of the references in this manufacture, as well as to reinforce that of the finished product, where it does have greater strength. Proof of this was the approval last week of the European Pharmaceutical Strategy, promoted by a Spanish MEP, the former Minister of Health Dolors Montserrat.

The plan went ahead with 62 votes in favor, 8 against and 8 abstentions. Once approved by the Public Health Commission, the strategy is expected to be approved in the Plenary of the European Parliament at the end of November, so the European Commission could take the report into account when reviewing European legislation as of 2022.

One of the main pillars of this plan is to reinforce Made in Europe. Most of the raw materials or drugs that are manufactured in Asian countries are those that have been on the market for many years (mature drugs). This type of therapy in Spain (and the rest of the countries of the community environment) suffer a continuous erosion of prices to the point that paracetamol or the antibiotic prescribed by a doctor is worth around one euro. “The Member States, which are in charge of setting prices for medicines, must take into account the medicine made in Europe,” Montserrat declared in an interview with this medium a few weeks ago.

The situation of the European pharmaceutical sector in terms of production and manufacturing is similar to what other sectors are experiencing. Although Europe barely produces raw materials, the continent is one of the powers when it comes to finished products. Germany, Italy, Spain and France account for 37% of world manufacturing, according to the Manufacturing Resilience report. In other words, to advance the independence of Asia, it is necessary to focus on the necessary raw materials.

First movements
In the middle of the negotiations that will now culminate in relation to the European strategy, some European companies and countries began to make a move. Sanofi has created the Euroapi firm, a mirror to look at if you want to have a pharmaceutical hub. The project has consisted of creating an independent company that will combine the commercial and development activities of pharmaceutical raw materials with six of its production centers in Europe: Brindisi (Italy), Frankfurt Chemistry (Germany), Haverhill (United Kingdom), St Aubin les Elbeuf (France), Újpest (Hungary) and Vertolaye (France). The company has a portfolio of 200 different types of raw materials and estimates that by 2022 it will have a turnover of 1,000 million euros.

Another similar movement has also taken place a few weeks ago. AstraZeneca will take much of its raw material manufacturing to Dublin. The multinational has made an investment of 400 million to enlarge the Irish facilities. In Spain, it is waiting. The pharmaceutical Perte will go ahead, but it will not be until sometime in the first half of 2022. The Government has yet to specify its economic commitment to strengthen national manufacturing, while the companies have already announced that they will put more than 1,700 million euros.