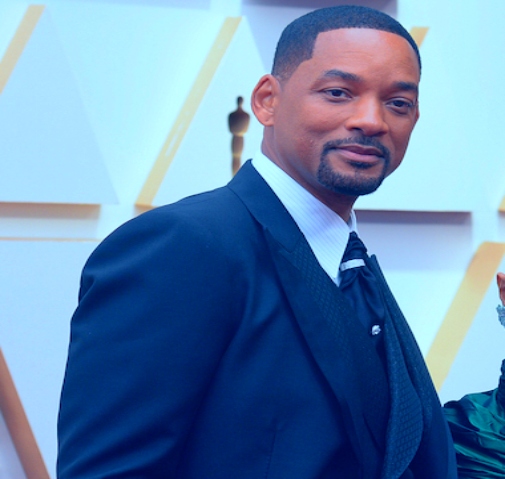 Chris Rock – Recently Jada Pinket smith asked Chris to solve his issues with Will on her Facebook show Red table talk. The superstar comedian who made a name for himself on SNL has no energy to deal with smiths. Chris is busy with his ongoing Comedy tour.

“He’s not concerned with the Smiths at the moment,”

“He’s touring and he’s preparing for a comedy special.”

“he’s focusing on himself.”

Chris Rock was slapped by will smith at oscar’s after Rock made an insensitive joke about “Hancock” Star’s wife’s health issues.

He called her G.I. jane because she can’t grow hair.

Will made the following statement from his seat after he slapped Chris”Keep my wife’s name out of your f—ing mouth,”

Jada Pinkett Smith expressed her experience with alopecia. “Considering what I’ve been through with my own health and what happened at the Oscars, thousands have reached out to me with their stories. I’m using this moment to give our alopecia family an opportunity to talk about what it’s like to have this condition and to inform people about what alopecia actually is.” Jada expected both his husband and the comedian to mutually reconcile their issues.

“Now, about Oscar night, my deepest hope is that these two intelligent, capable men have an opportunity to heal, talk this out and reconcile. In the state of the world today, we need them both. And we all actually need one other more than ever. Until then, Will and I are continuing to do what we have done for the last 28 years, and that keeps figuring this thing called life together.” Source: “red table talk” facebook show of Jada Smith took to Instagram and apologized to chris in front of the world.

“I would like to publicly apologize to you, Chris. I was out of line and I was wrong. I am embarrassed and my actions were not indicative of the man I want to be,” he wrote. “There is no place for violence in a world of love and kindness.” Smith continued, “I would also like to apologize to the Academy, the producers of the show, all the attendees, and everyone watching around the world.

Rock is not paying much attention to Smiths as he is busy with his comedy tour.

Chris shared a Lil bit about his new show.

“I’m OK, I have a whole show and I’m not talking about that until I get paid. Life is good. I got my hearing back.”

An attacker was able to go past the security and get on stage and at that brief moment, Chris made a joke ” was it Will smith” to Dave and they both laughed with the audience.