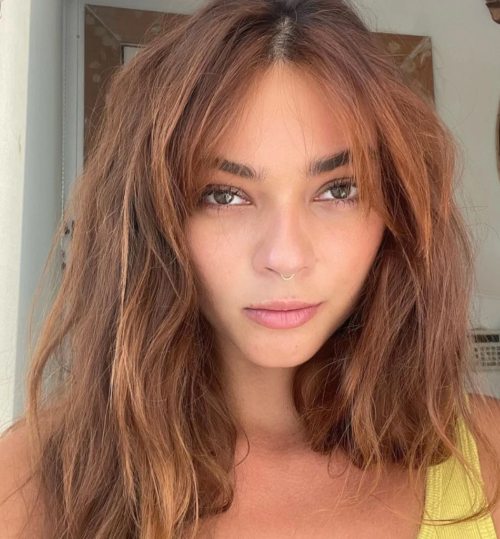 The cause of death has been confirmed four months after model Christy Giles and her friend, architectural designer Hilda Marcela Cabrales-Arzola, were found unresponsive outside of two hospitals after a night out in Los Angeles.

What was the cause of Christy Giles and her friend’s death?

According to the Los Angeles County Medical Examiner Office, Coroner Giles, 24, died on Nov. 13 from multiple drug intoxication. A cocktail of cocaine, fentanyl, ketamine, and gamma-hydroxybutyrate acid—commonly referred to as GHB or the date rape drug—were found in her system, according to online data examined by media channels.

Cabrales-Arzola, 26, died Nov. 24 from multiple organ failure and multiple drug intoxication, according to the coroner’s office. According to her online case file, she tested positive for cocaine, MDMA, and “other unidentified” substances. Both deaths were considered homicides by authorities.

Three masked males in a black Toyota Prius with no license plates deposited Giles outside of Southern California Hospital in the Culver City district on Nov. 13, according to authorities. Cabrales-Arzola was sent to the Kaiser Permanente West Los Angeles Hospital, where she was found unconscious and in critical condition, over two miles away from Giles. The women were allegedly given drugs and overdosed at a property in Los Angeles, according to police.

When Giles arrived at the hospital, she was pronounced dead. Cabrales-Arzola was hospitalized and confirmed brain-dead 11 days later, according to her relatives.

Who were charges for Christy Giles and Hilda Marcela’s murder?

Pearce is being held on a $3.4 million bond for sexual assault allegations unconnected to the Giles and Cabrales-Arzola cases, according to online jail records. He earlier pled not guilty to the sexual assault charges, and a trial-setting meeting has been scheduled for April 25.

In December, police freed both Osborn and Ansbach. According to documents, Osborn’s arrest was reduced to detention when his case was rejected by the Los Angeles County District Attorney’s Office, whereas Ansbach was released on bond and is due in court on April 14.

However, it is not known by the media if the three suspects have hired legal counsel to represent them.

Read Also: Jeremy Cohen was murdered in Paris likely to be an antisemitic attack, the family claimed