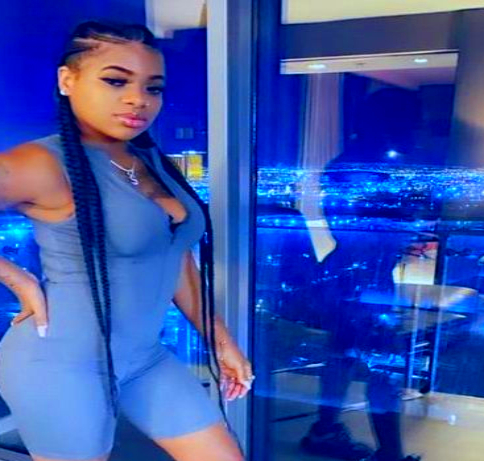 Moneybagg Yo, who has been happily dating Ari Fletcher for over two years now, seems to be going through a big loss at the moment. One of the rapper’s mothers has reportedly passed away.

Who is Chyna Santana?

On Thursday, April 28, the news spread on the Internet that Kennedy Lynette, aka Chyna Santana, mother of two of the eight children of rapper “Wockesha”, had died. The cause of death is currently unknown, but the death clearly came as a huge shock to those close to her. “I’m so sick. My heart hurts so much man,” one person tweeted, mourning Chyna’s death. “I was just with you, my sister. Why did you do this to me! Kennedy Lynette, why did you leave me.”

Moneybagg did not publicly pay tribute or address the report, but people expressed their condolences on social media. “Rip so sad prayers for the kids,” one person responded to the news. “Prayers for Moneybagg Yo and his family after his BM’s passing,” another sent his prayers to the rapper and his family. Another person added, “Condolences to her children and all of her loved ones she left here to survive, and also to Moneybagg because we never plan on the death of a loved one.”

The 30-year-old artist, Moneybagg Yo is recently in a relationship with Ari Fletcher, whom he has been dating on and off since January 2020. In March of this year, the couple sparked rumors that they may have parted ways as they unfollowed each other on Instagram, but the “Said Sum” host denied this a week later.

Chyna Santana is a hot topic on Instagram, but her account has yet to be found. Lady appeared on the platform under the alias Shawtybug_, but that identity has since disappeared. The post the lady was tagged in is also unavailable, which means the account has been deleted. As a result, Santana’s Instagram account is gone.

Chyna Santana has two children with Monneybagg Yo, according to sources. However, there is no information about them or their identities on the Internet. Moneybagg is the father of eight children. In 2017, the musician shocked fans by revealing that he had more than two children when he was still in high school. He went on to say that having children motivates him in life and gives him love.