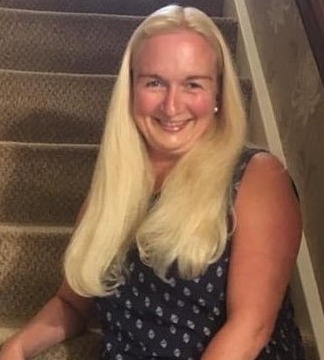 Clair Ablewhite was speculated to be attacked on late Friday night (February 25) or early Saturday morning.

Any parent has to live their worst nightmare when they realize that their own child has died before them. It is the single most horrifying realization a parent can go through during their life. But unfortunately, many parents do have to go through with these types of instances and today we are presenting a case that fits this outcome.

A father came home to check up on his daughter who failed to show up to check on her horses that noon. It was then Clair’s father, Graham Tinkley, who discovered his daughter’s body, lying on the floor, covered in blood. Medical experts later revealed that Clair suffered from multiple stab wounds. She was declared dead at the scene.

The mother of three sons, Claire  Ablewhite, was brutally murdered sometime before 6.30 P.M on Saturday. Afterward, Nottinghamshire Law enforcement officers were summoned to the residence in Hall Lane, Colston Bassett on February 26. The murder is thought to have occurred late Friday night on February 25 or early Saturday morning.

Assistant Chief Constable Rob Griffin said in an official statement, “If you knew Clair, did she confide in you or share anything that could be relevant? If you have the slightest bit of information, even if you think it might not be relevant, please let us know because we will leave no stone unturned.”

The family of Claire Ablewhite has been heartbroken with their mother’s passing. The eldest son, Dan Ablewhite, wrote: “I love you so much, mum. I just want to see that beautiful big smile and give you a hug and tell you how much you mean to us all.” The younger son, Sam Ablewhite, added: “RIP Mum we all miss you so much.

You really were one in a million. Words cannot describe how hard my life will be without seeing that beautiful big smile you had. Rest in peace, Sleep tight and remember all the good times we had together. All 3 of us brothers will do everything we can to put a proud little smile on your face up there.”