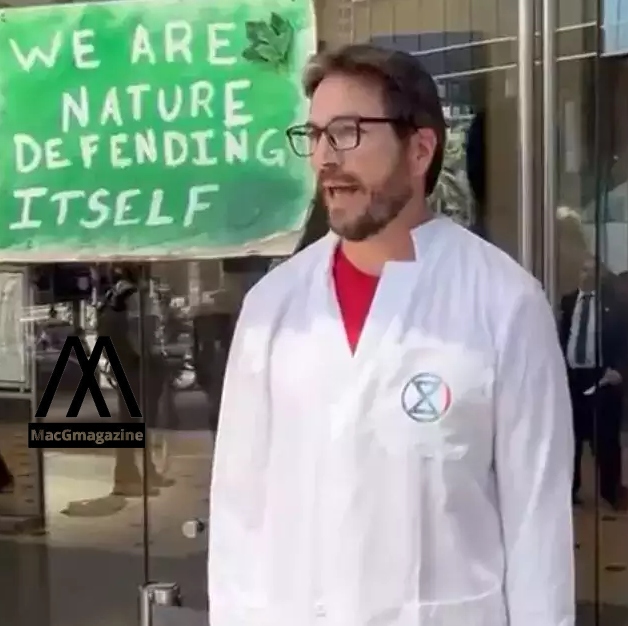 Trying to use the democratic method of numbers has the power of the climate scientists and environmental activists to come together and protested against the irrational decisions by leaders to help their funders who violate environmental laws. these personal and political interest has increased cases of cancer and other diseases. there can be no existence on earth if it goes on.

Scientist Rebellion is a group that gathered outside JP morgan and made their voices heard. this rebellious group protested on April 6, 2022.

there has been only small noise about climate but this time it seems serious the activists have made it clear that world leaders need to change the world and they need to form better environmental policies.

Peter Calmus encouraged the younger generation to fight for climate:

Peter Calmus asked the younger generation to join hands to safeguard the planet. there will be two guests on this week’s good together show. one would be Peter Kalmus accompanied by Brightly CEO and founder Laura Wittig.

during the broadcast, they have made it clear that it will be the responsibility of both People and leaders for upcoming travesties to stop.

Peter Calmus says he has changed his way of life and his own carbon footprint is reduced to 10%, he has authored a book to educate people and he had made an app to learn about climate change and how it can be reduced.

Peter Calmus’s work and efforts to save the environment:

“I feel like now I’ve been freaking out for a while, and trying to get people to act through the process of freaking out and realizing that this is scary,” Kalmus says. “But looking at it straight ahead, right in the face, and acting. Not going down into despair. But saying, ‘Alright, we’ve got to be adults here, we’ve got to do this for our kids, we’ve got to act.’”

getting the message out because it can look like I’m just trying to get followers,” he says. “And I’d really rather not do any of this, but I just felt like I couldn’t sit idly by while society just kept heading in this really dangerous direction. So there’s been that tension between needing to build a platform but also really centering myself to be a spokesperson for the Earth and realizing that this is bigger than me. Way, way bigger than me.”

Dangerous role of scientists and technicians to ruin the world:

scientists as a community are not very vocal. it is the lack of humanities in engineers and scientists that have brought the world to this mess. all the apps and technologies are created by scientists, and technicians without any morals and to make more money. This is the first time they have changed a little, it says a lot about the serious situation we are in