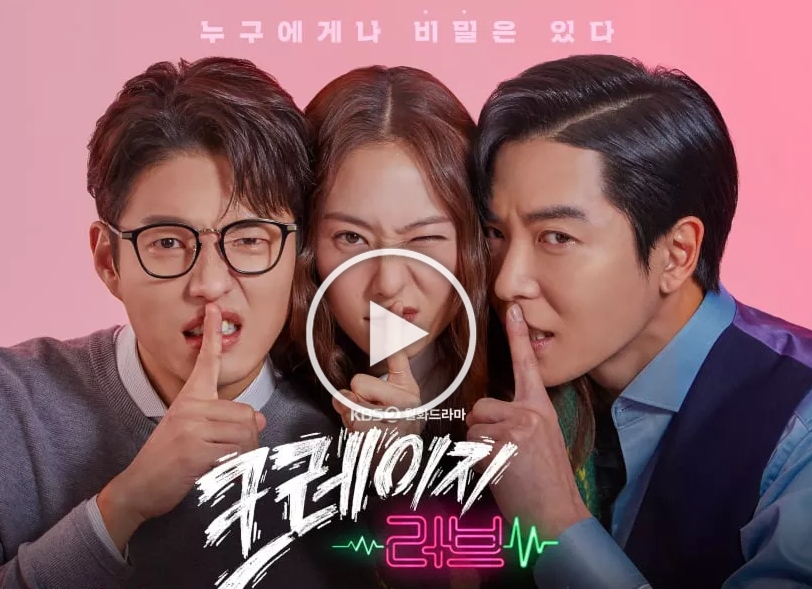 Crazy Love is a K-Drama that depicts the love tale of Noh Go-Jin (Kim Jae-Wook), a popular math lecturer, and his secretary, Lee Shin-A. (Krystal). Noh Go-Jin is also the CEO of GOTOP education, and despite not attending university, he has excelled due to his intelligence and charisma. However, one day he begins to receive death threats. Lee Shin-A is an introvert who has always kept a low profile around her supervisor and coworkers. Finally, after a year of working, Noh Go-Jin begins to be recognized by her coworkers, but she learns that she doesn’t have much longer to live.

Love is such a simple word, yet the world would be meaningless without it. But, of course, every coin has two sides. Some of us get to glimpse the heaven it can bring, while others end up suffering through the horror, it can provide. But can we genuinely blame ‘Love’ for the outcomes? Isn’t it true that we humans tend to exploit all that is beautiful? We can’t make things right until it’s meant to be wrecked, whether due to fear, bad decisions, or obsession. So, let us all look at the options available to Noh Gojin. Will he be able to break free from his fear ball? Will he be able to let go of something so wonderful that he’s finally found? Continue reading to learn more fascinating facts about Crazy Love. We’re finally going to see the actual colours of our so-in-love Baek Soo Young, which will disappoint some but satisfy others. Will her growing infatuation with Noh land our favourite Lee in hot water? And, if so, can Noh be able to save Lee now that he is so enmeshed in his emotions?

Date and Time of Release:

The most recent episode ended with Noh cradling Lee Shin A in her arms after being harmed while trying to save him. Noh couldn’t quite get a grip on himself in this episode, bewildered by his thoughts of being sad and enraged after seeing Lee Shin A in pain. He was so perplexed by his emotions that the more he thought about it, the more he realized the deep yet beautiful connection he had formed with Shin A. But, because of his continual fear of abandonment… Will he ever allow those emotions to sink in? On the other hand, Will he use his egoistic attitude as a shield to hide his vulnerability?

Read Also – Ya Boy Kongming Release Date and Other information