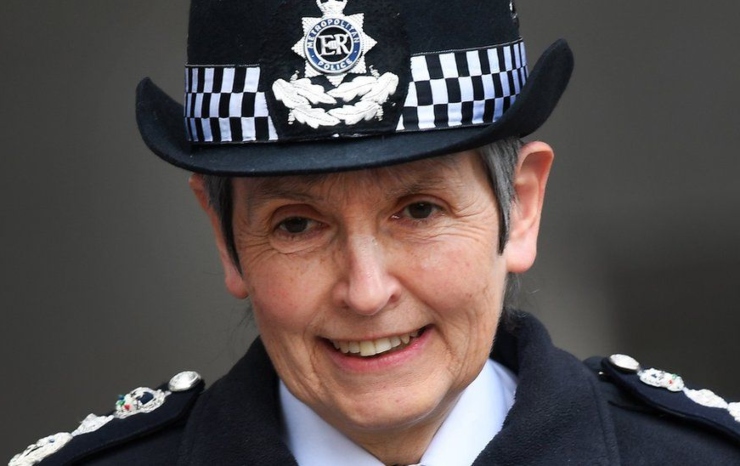 The commissioner of Metropolitan police, namely Cressida Dick, decided to leave her role with a payoff of 166,000 Euros. had announced her resignation in February 2022, and she will officially leave the position on the 24th of April 2022.

The very talented commissioner of Metropolitan police Cressida Dick has finally decided to leave her position on the 24th of April. It is reported that she took this step after facing a clash with London Mayor Sadiq Khan. Her official last day of work would be the 10th of April. She will be taking a holiday before leaving New Scotland Yard. She will be receiving an amount of approximately 166,000 Euros, which was eventually finalized after very intense negotiations at the London mayor’s office.

Cressida Dick was the first female commissioner of the metropolitan police. She announced her resignation in February 2022 after she failed to convince Mayor Sadiq Khan of her policies. It is also reported that the mayor had felt that she had failed to reform the police and that her policies and methods were inadequate. Dick had decided to boycott a meeting with the mayor.

She had been granted an extension in September 2020 and received a salary of 240,000 Euros. After Dick ceases to be the commissioner, the process for the new one would begin within a week. For now, the deputy commissioner, namely Sir Stephen House, would replace her.

But, Dick’s tenure had been somewhat controversial, and also, some enquires have been demanded owing to her sudden resignation. Many people are skeptical about whether Dick has done this of her own will or is there any other reason behind this thing.

Read Also:- The British Made StarStreak missile knocked down a Russian helicopter in its first attempt in Ukraine.