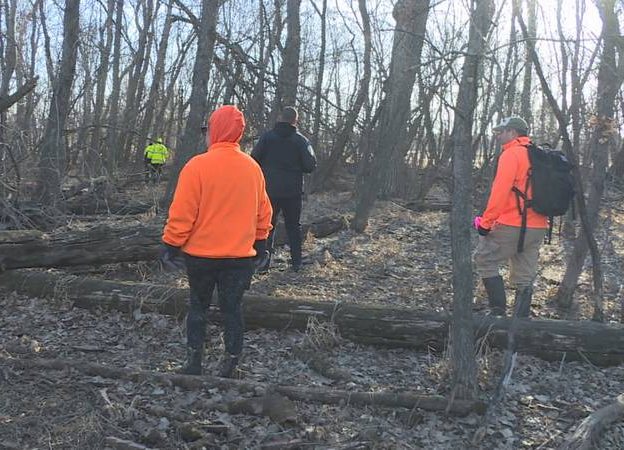 The hunt for a lost West Fargo male in the Bismarck region was put off Sunday when a possible breakthrough fail to produce any results, according to Bismarck authorities. Daniel Olson, a 38-year-old man from West Fargo, was declared missing on Oct. 28. On November 4, Bismarck authorities discovered his car in the Cottonwood Park parking garage.

There seems to be no evidence of criminal activity, according to police. According to Bismarck Police Sgt. Mike Bolme, a Saturday search attempt encased “a lot of ground” and yielded “a promising lead.” On Saturday, Bismarck officers, two search-and-rescue crews, and citizens scoured Cottonwood Park, Lincoln Oakes Nursery, and other riverside spots. Several dogs, three horses, and a North Dakota Highway Patrol officer participated in the 12-hour operation.

On Sunday, a two-hour investigation concentrated on locations that authorities said warranted attention especially. Authorities had “drained everything” by late Sunday afternoon, according to Bolme. Earlier investigations in the region had been fruitless. During the hunt, Cottonwood Playground was not shut. Daniel  Olson is being assisted in his search by a military veteran with whom he previously served.  Matt Jameson of Bismarck has played a key role in the search for Daniel Olson, who has been missing for over five months.

He claims the two met in 2005 while both deployed in Iraq. In Bismarck, workers searched a large region in the hopes of finding Olson. Throughout it all, there has been no trace of Olson. His relatives informed us that he suffered from post-traumatic stress disorder (PTSD).

According to Jameson, this circumstance has served as a wake-up call for veterans to speak up about their mental health. According to the North Dakota Department of Veterans Affairs, Daniel Olson served in Operation Iraqi Freedom. Olson has been engaged in increasing awareness of post-traumatic stress disorder.

Fellow veterans said, “It’s a silent killer. It’s really important for people who served together to be open and willing to talk about experiences to one another, especially family. I think it’s kind of a double-edged sword. If they don’t want to talk about it then it’s going to come to a point where it causes even more issues inside,” he says. Currently, GPS technology on cell phones and drones will help teams keep track of each search area efficiently.”

Read Also: The time when the CEO of Uber took employees to a ‘escort-karaoke’ club