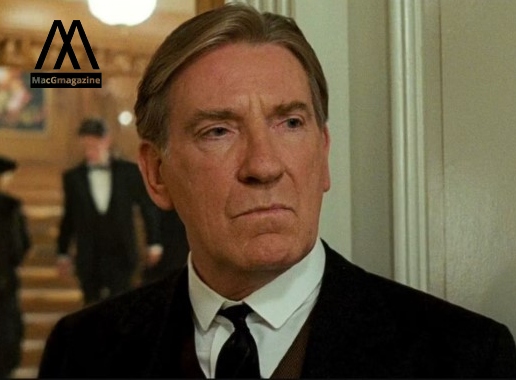 Actor David warner worked in many big movies like Tron, Omen, and titanic. He was suffering from cancer and he died at the age of 80.

His family was very emotional and said they have shared this painful news with a heavy heart.

He played the sidekick of the villain in the huge blockbuster titanic known for its romance and music.

his recent work was Marry Poppins returns in which he played a naval eccentric admiral boom.

he died in a care home for entertainment business personalities.

“Over the past 18 months he approached his diagnosis with a characteristic grace and dignity,” source: BBC

“He will be missed hugely by us, his family and friends, and remembered as a kind-hearted, generous, and compassionate man, partner, and father, whose legacy of extraordinary work has touched the lives of so many over the years. We are heartbroken,”

David Warner was known for his villain roles:

warner enjoyed playing the villain role and he worked in many movies in the 80s where he showed his villainous side to the audience.

During an interview when he was asked about his severed head prop which was used in horror movies, does he have it. warner replied, ” i lost it in the divorce”.

he had worked in TV for a long time. In many successful Tv shows like Penny Dreadful, Ripper Street, Doctor Who, and the original Twin Peaks.

He was a regular on the star trek franchise which was one of the biggest franchises before the avengers came in.

His Colleague Gregory paid tribute to him:

“I’m very sad to hear the news that David Warner has died.

“David’s most iconic role for the RSC was as Hamlet in 1965, directed by Peter Hall, with Glenda Jackson as Ophelia, and Elizabeth Spriggs as Gertrude, with Brewster Mason as Claudius, and the Ghost.

“A tortured student, in his long orange scarf, David seemed the epitome of 1960s youth and caught the radical spirit of a turbulent age.

“He was a generous spirit, a kind man, and a huge talent.”

Read More – is Dan Bilzerian the Instagram playboy married? Who is his wife? will he leave his current lifestyle?