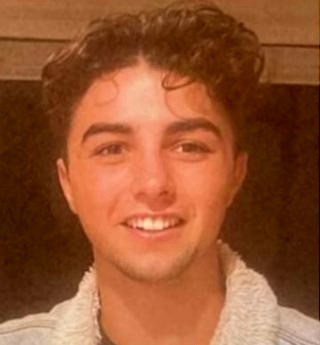 Logan Losurdo was missing for some time. Recently a dead body was found on an NSW beach, and the body was confirmed to be of Logan Losurdo.

Logan was last seen in the central coast’s magenta area on 25 November 2021. One day he didn’t go to work, and after several tries by his co-workers in getting in touch with him, they couldn’t contact him. He was reported missing the next day.

On 10 March, a dead body was found on the shoreline of soldier beach at Norah’s head. Later it was confirmed that the dead body belonged to Logan Losurdo. The 20-year-old was missing for quite some time.

An extensive search by the police:

After the report that Logan had been missing, police started searching for him. They left no stone untouched in search of him. An extensive air, water and land search was conducted for the 20-year-old. The police found some of his belongings in the entrance north.

CCTV footage surfaced on 10 December. The footage was on 26 November. In the video, it can be seen that there was a white vehicle in the magenta area. It can be seen that the man came out of the vehicle and then talked for some time with Logan and then went back into the car and drove away. Police said that it had not been confirmed that the man has any link with Logan’s disappearance, but the officials would like to talk to him to get further information about the case.

Logan Losurdo’s friends were heartbroken after hearing the news of his disappearance and his death. He was a very kind-hearted person who always looked forward to helping others. Even though he had a very rough upbringing, he had his goals set.

In one of his speeches, he even said that things like drug abuse, domestic violence and police raids were the things he and his brother were most exposed to. His mother also had some mental health issues. After some bad incidents, Logan and his brother were taken into the care of a teacher who helped them a lot. Logan was a kind person, as his friends describe him. He will always be missed.