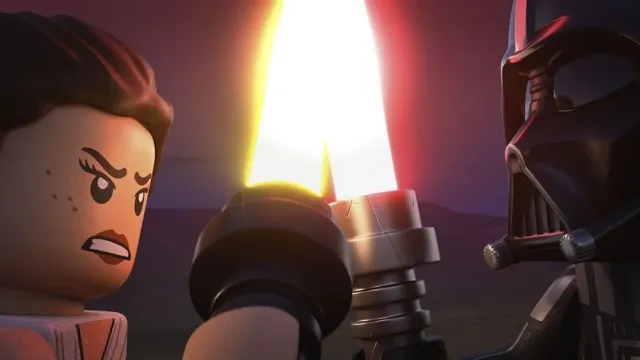 The world of Star Wars is a rich incredibly detailed universe with rules and logic of its own. It is arguably one of the most popular franchises of modern era films. The world of Star Wars is mysterious and enchanting with two sides struggling to maintain balance to their side of the force. Today we take a look at the deeper meaning behind the colors and mindset behind the colors of the universe’s main weapon of choice, a lightsaber.

Green lightsabers are one of the most prevalent colors of the lightsaber used by the Jedi Knights, and it is connected with the qualities of peace, kindness, unity, spirituality, and genuine compassion. The green lightsaber is mainly utilized by older, experienced Jedi like Yoda, Qui-Gon Jinn, and even Luke Skywalker after he finishes his Jedi training by Yoda in the film ‘Return Of the Jedi’. It is indeed worth mentioning that Ahsoka Tano wields a bright green lightsaber, while green lightsabers are reserved for Jedi Consulars in the Star Wars Animated Series.

Blue lightsabers make their initial appearance in the first film to start it all, ‘Star Wars: A New Hope’, and this shade has always been linked with the Jedi Knights. As proven by the prevalence of blue lightsabers in both the prequel trilogy and the original trilogy, this is undoubtedly the most prevalent in the universe of Star Wars. Blue lightsabers are considered to reflect justice and courage, owing to the user’s deep “spiritual affinity” with the crystal and its relationship with the Jedi Force.

Some of the characters with light blue blades, such as Obi-Wan Kenobi, Anakin Skywalker, Luke Skywalker, and Tera Sinube, donned this color in the films of Star Wars. This color scheme is associated with a Jedi Sentinel in the Star Wars Animated Series, matching the prequel films.

The Siths and the dark side of the Force are unmistakably represented by the color red on their lightsabers. However, unlike Jedi, who has an invisible affinity with their Kyber crystals that fuels their lightsabers, the Sith are still unable to form this link and must seize other’s Kybers or use other techniques to construct their lightsabers. The “bleeding” technique comprises pouring all of their anger, despair, and other unpleasant emotions into the crystal, which causes it to “bleed” and appear red. Darth Vader, Count Dooku, Darth Maul with his double-bladed lightsaber, Darth Sidious, and Kylo Ren are among the Sith who have utilized this color.

Read Also:- Decoding the age and story of My Hero Academia’s popular and beloved character Eri