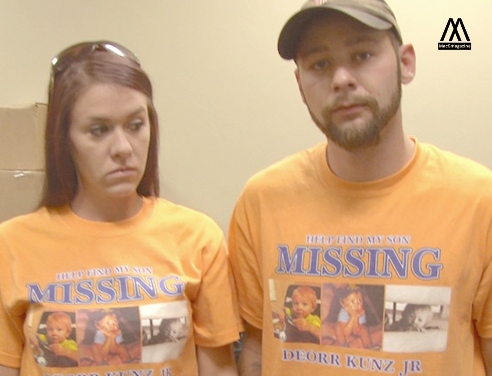 DeOrr was lost on July 10, 2015, he was out with his parents at Timber Creek campground. His parents, Jessica Mitchell and Vernal DeOrr Kunz, and their grandfather and a friend Isaac Reinwand were also accompanying the kid.

The young DeOrr was lost that day and since that day no one is able to find traces of him. police have not yet charged anyone in the matter. although his parents were suspected by former Lemhi county sheriff Lynn Bowerman they have not been arrested or filed a case against him.

parents have always said they are unaware of what happened to their son. their friend also said the same, Walton the friend also died in June 2019.

“We have another search planned for this summer,”  “Normally we have one pretty large one and then we’ll have some follow-up with smaller groups.” The sheriff told this to a news agency last year but it’s over one year there is no progress in the case.

There have been intense searches of the area dozens of times. On-foot crews, drones, horses, and people have been used in these searches. there is a possibility an animal must have eaten the child which makes it impossible to trace the child except for the blood prints.

The family has hired three different private investigators but it seems they have not found the boy or his body as of now.

“I don’t know what happened. Was he abducted? Was he a victim of some kind of foul play…or was it some kind of nature take and by that I mean he could have slipped out of there and we just failed to find him?” Penner explains. “I guess I could say it’s one of those three.”

grandmother of DeOrr is still optimistic that she will see her grandchild again. Mitchell’s old iPhone was found and they found some pics of their beautiful child and that gives them some solace and something to look for.

Some old pictures of DeOrr’s found on his father’s phone:

“We’ve been sharing them back and forth. They’re just priceless because there are several pictures that we’d forgotten about,” Clegg says. “We will do everything we can until the day we all die to find him. We’ve lost two grandpas through all this (Walton and DeOrr Kunz Sr.) and we thought when grandpa’s get up to heaven, maybe we’ll get an answer. We still don’t have that answer.”