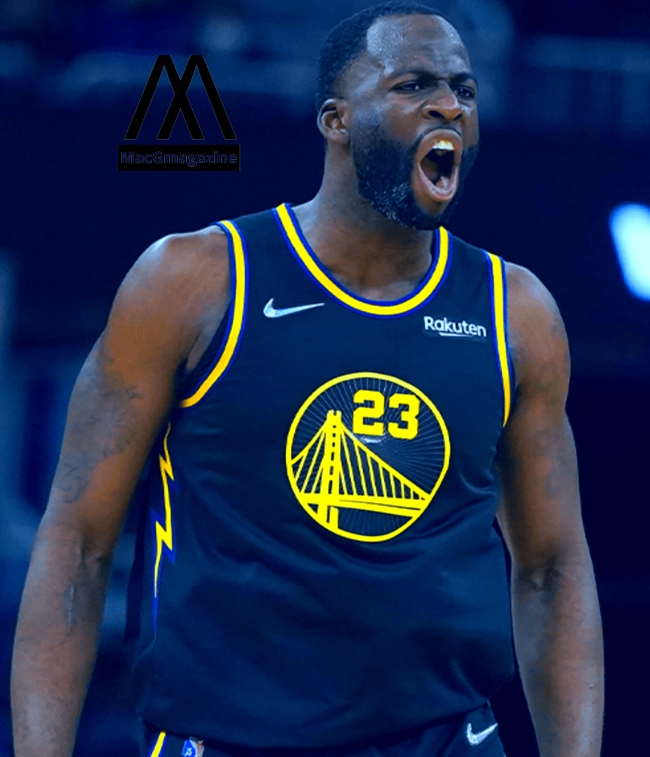 Warrior All-star forward brutally hit on the nose and had to immediately leave the game. how did the face-changing injury happen?

the games are getting extremely physical between warriors and Grizzlies in an important conference semifinals remains high.

in-game number 2 Draymond was elbowed in the face which was brutal. Warrior all-star forward had to leave the game and was immediately treated by the doctor. the elbow was so severe that he had to sleep on the ground for some time.

how serious is Draymond Green’s injury?

the elbow was so fire that Warriors All-Star forward Draymond Green might have to look for a Kardashian doctor. he is the only one good at making bad faces good. Just 5 minutes after the game began Grizzlies forward Xavier Tillman put his elbow right in the face of Draymond. An elbow he might not forget in this life.

Green slept as he would never wake up. after waking up he headed straight to the locker room. the humiliation and pain were too much to bear for the star. the commentators of the match said his face was broken and he might need a new one. blood was on the ground and on the face.

ESPN’s Kendra Andrews reported that both the superstar fans had some verbal spat and hooting for each other.

some sports websites have confirmed that when green was leaving for the room there was some uproar in one section of the stadium.

the team management confirmed that he has a right eye laceration. the entire accident is not analyzed yet.

there is a possibility of swollen lip and a broken jaw. the elbow seemed rough and for a moment everyone gasped.