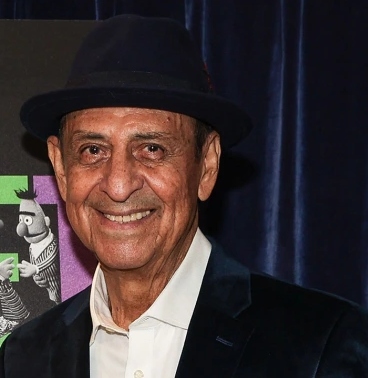 Emilio Delgado who was known for his role as Fix-it shop has died at an age of 81.

As per the latest reports in New York, Emilio Delgado, a popular actor best known for his work in Sesame Street as Luis, who portrayed the character of the owner of the Fix-it shop has passed away.

He was reportedly 81 at the time of his last breath. The reason behind his death is not yet known.

Emilio was a cosmic talent who brought happiness, joy, and smiles to his fans. He had a great fan base, and the late actor will always be in their hearts, will be missed and his legacy will always live on.

Robert Atterman expressed his grief and said that they were saddened on hearing the news and even expressed his love and empathy towards his family including his wife, Carole. Emilio’s wife confessed to TMZ that the late actor was suffering from blood cancer for a few years and was with his family in New York City at the time of his last breath.

The late actor was a lively person, a trained stage performer.

Delgado told the Houston Chronicle in 2020 told that he was brought up by his grandparents and was doing repair works in a shop before he along with his family shifted to Los Angeles. There he started playing the Trombone and drums before indulging and trying his hands on singing and acting. His efforts were paid off when he was casted in the Mexican American soap opera “Cancoin de la Raza”.

“I’d been trying all my professional life to be somewhere I can change that, whether I was talking about it or trying to get into a project that showed Latinos in a good light,” he explained to the Chronicle. “That’s why ‘Sesame Street’ was such a good thing.

We weren’t dope addicts. We weren’t maids or prostitutes, which were the way we were being shown in television in film,” he added. For the first time, he got to play the role of an ordinary human being.

In Sesame Street, he got the job even without any audition. The producer, Jon Stone wanted real people. He played for around 45 years as an integral part of the show. In the play, he even got the chance to show and enhance his skills of singing as they would allow him to sing regularly and even play guitar at times.

Emilio was diagnosed with multiple myeloma in late 2020 but was still appearing and even giving interviews in 2021 till his health deteriorated.