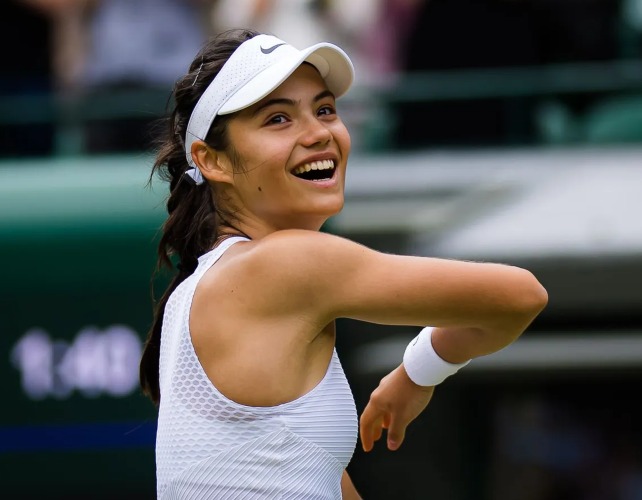 English number one Emma Raducanu was beaten in the third round at Indian Wells by Croatia’s Petra Martic yet qualifier Harriet Dart went through by overcoming Estonia’s Kaia Kanepi.

Dart, 25, won 7-6 6-3, and her disagreement on this occasion could see her break into the world’s main 100 interestingly.

“My ranking might not show where my level is, but I’ve always believed my level has been there,” the Briton said.

“I put in the workday in, day out, and finally to be able to put a run like this together, it’s not by chance.

“I always have nothing to lose – especially at these events. It’s kind of a bonus to be able to play another match in this amazing place. It’s quite surreal. I’m enjoying every minute of it..”

Dart, who is positioned 122 on the planet, will play Australian Open semifinalist Madison Keys on Tuesday.

Raducanu in the meantime told BBC Sport she has been battling with a solid back throughout the previous few days and “was really drained”.

In any case, the world number 13 says she should be fit to play at the Miami Open from 21 March.

“I think it’s just part of not playing and having so much stop start and having five, six days to prepare for matches and then playing at that intensity,” she said.

“It was a tough one not being able to serve full out so I was having to work so hard just to hold. I’ve just got to get stronger.

“I’ve had it for the last few days, just a product of training hard and probably the last match was pretty intense too and it didn’t settle down.

“When you are crossing your fingers to hold serve every time, it’s tough. I couldn’t really drive up and I was kind of struggling to turn and reach. The margins were so small.

“I should be good for Miami, for sure.”

Raducanu and Dart through to third adjust

The Briton dominated four straight matches to lead 5-3 in the main set yet Martic crushed spirit to drive a sudden death round, which Raducanu won with a heavenly passing shot.

Martic drove 4-2 in the second and despite the fact that Raducanu evened out it up at 4-4, Martic brought it into a decider in the wake of guaranteeing her third break of the set.

Raducanu was near the precarious edge of triumph subsequent to breaking Martic briefly time in the decider to go 5-4 up however Martic again retaliated, dropping only two focuses in the last two games.

The 31-year-old wrapped up with three breaks in the last set to set up a gathering with 28th seed Liudmila Samsonova in the last 16.