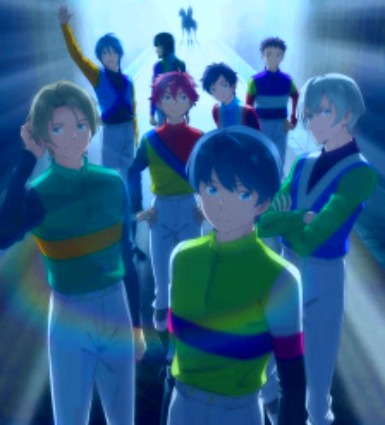 The springtime anime session has officially begun. Fanfare of Adolescence is the latest sports anime we’ll be looking at. Yu Arimura, a Japanese singer, chooses to leave his profession and enlist in a prominent horse racing academy as the series’s basis. It’s an unusual concept, but one that’s definitely unique. Yu, his classmates, and the academy are all introduced in the first episode of the series. It provides you with a solid notion of who will be the main characters and who will be the rivals in the series. This series is a soothing experience that allows you to sit back and enjoy. The series brings back fond memories of your university or high school days when life was a lot simpler and there was only you and your friends chilling and living life to the fullest.

Who are the main characters?

The series will definitely focus our attention clearly on Yu, the protagonist, as well as Shun Kazanami, who looks to be the co-lead of the show. These two caught our eye away immediately. Yu’s tale, as well as his background as an idol, has a lot of promise. This episode establishes the atmosphere for the rest of the series. Shun, on the other hand, will quickly become a fan favorite. He’s a nice and friendly individual with a genuine affinity for horses, despite the fact that he’d never ridden one before we met him in the first episode. Yu and Shun have a wonderful connection that brings a breath of fresh air to the athletics and idol genres of anime.

What is the anime’s production value?

With attractive and varied animation style as well as rich settings, Fanfare of Adolescence is artistically stunning. The horse moments are enthralling and beautifully rendered. People commented on how captivated they felt in some of the moments in episode 1. And this was only the start; everybody is eager to see how things will turn out once we get to the racetrack. Hiroyuki Sawano is responsible for the show’s composition. The anime sounds wonderful, with music that fits well to accompany the plot, thanks to one of the most recognized composers of recent times.

When will the second episode of Fanfare of Adolescence come out?

On April 9, 2022, the latest episode of Fanfare of Adolescence will be aired. The episode may be seen on Tokyo MX, GYT, GTV, BS11, MBS, and AT-X. For followers outside of Japan, Aniplus Asia and Crunchyroll have secured licensing to premiere the anime.