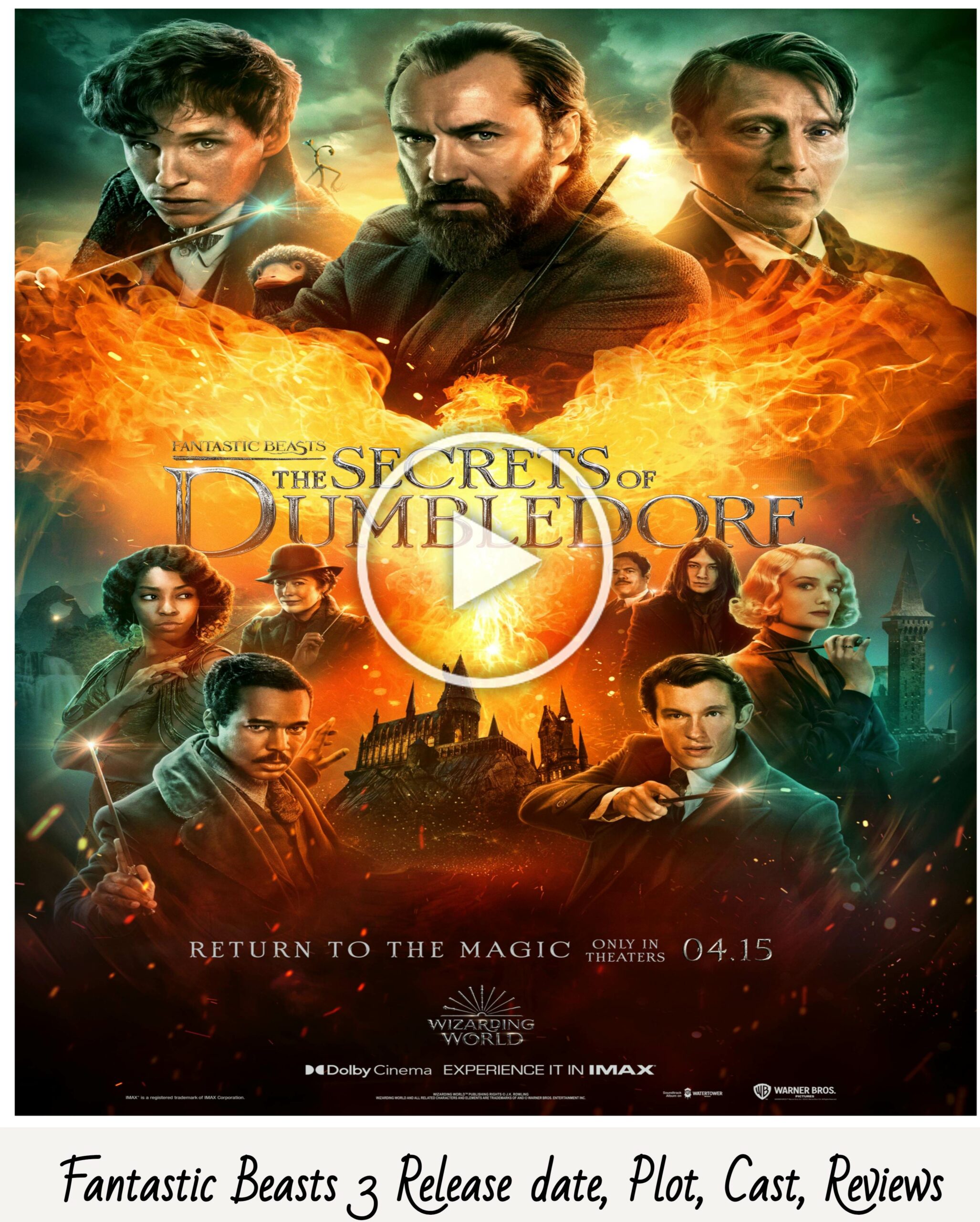 The third installment of the Harry Potter spin-off series, which chronicles the exploits of Newt Scamander (Eddie Redmayne), has…run into some difficulties in the run-up to its release. It has encountered Covid delays (as does every other production). Still, Johnny Depp has left the film, forcing his role Gellert Grindelwald, a significant franchise element, to be recast. Mads Mikkelsen has arrived! The Hannibal actor stepped in to replace Johnny and will also appear in the remaining two flicks.

What is the plot of Fantastic Beasts 3?

Fantastic Beasts: The Crimes of Grindelwald follows Newt after he joins the fight against the powerful wizard Grindelwald. Albus Dumbledore (Jude Law) is desperate to prevent him from capturing control of the Wizarding World, but he cannot move owing to a bargain they made as children.

Eddie reprises his role as Newt Scamander, with Jude as a young Dumbledore and Mads as Grindelwald for the first time. Meanwhile, Ezra Miller reprises his role as Credence Barebone, with fans getting to witness a completely new side of their favorite character. Alison Sudol as Queenie Goldstein, Jessica Williams as Eulalie ‘Lally’ Hicks, Richard Coyle as Aberforth Dumbledore, and Callum Turner as Theseus Scamander co-star with Dan Fogler as muggle baker Jacob Kowalski.

Newt and Tina getting just 1 scene in fantastic beasts 3 is a crime pic.twitter.com/LmMtb1hgHk

What happened in Fantastic Beasts 2?

If you need a refresher, Fantastic Beasts: The Crimes of Grindelwald was released four years ago. Grindelwald escapes before standing trial, while Newt searches for Credence at Dumbledore’s request, believing that he is of the Lestrange ancestry. While Queenie and Jacob are barred from marrying because of the laws prohibiting magical people from marrying those without magic, Grindelwald manipulates her into joining him by exploiting her love for Jacob. The evil wizard gives a vision of a future world war to Grindelwald’s followers at a rally, inciting them to spread his message across Europe. He then creates a ring of fire through which only his disciples may pass – Queenie and Credence follow him while the others flee. Newt ultimately shows Dumbledore the blood covenant he and Grindelwald established, despite the headmaster’s belief that it can be dissolved. Meanwhile, Grindelwald reveals Credence’s true identity — Albus’ long-lost brother, Aurelius Dumbledore.

If, like me, you are aware and dissatisfied with how things are progressing, the Fantastic Beasts And Where To Find Them franchise is proceeding exclusively on the screenplays authored by J.K. Rowling and Steve Kloves. There are no books in stock. So, as audience members, even you and I are going in blind, not knowing what to expect. But it doesn’t appear that the creators are in the mood to surprise us either. The desire to generate surface-level installments in a brand with a goldmine of stories is so obvious and bothersome that it cannot be ignored. The Secrets of Dumbledore begins with the promise of showing you two loves pitted against one other and the buildup to the epic fight between them. But instead, we get 3 minutes of the light show from their separate wands, followed by their sensing each other’s heartbeats (don’t ever criticize Karan Johar, Potterheads). You know I’m referring to Albus and Gellert’s famous love story. There’s a lot of juice here. They are linked not just by love but also by blood. Nothing, however, receives the attention and coverage it deserves.