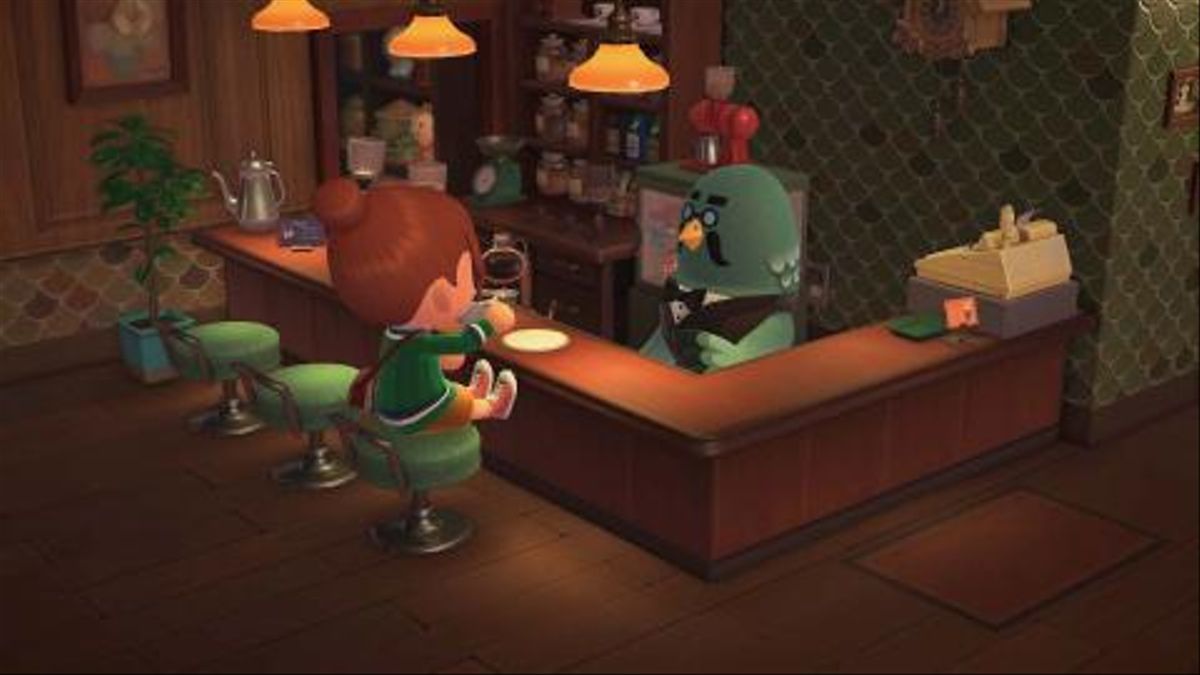 Figaro has always been one of the Animal Crossing characters most loved by fans of the franchise. It was introduced in Wild World, where it stole the hearts of the players by serving them cups of coffee . Since then it has been present in each of the installments of the game. And it won’t be lacking in New Horizons either. At the Animal Crossing Direct, Nintendo confirmed that El Alpiste Cafe will join the museum on November 5 , with the latest major free update.

This, however, was an open secret, since when the Japanese company announced the date of the Direct, it promoted it with a preview of the cafeteria. What the public did not know was that in the new update they will be able to enjoy the drinks that the barista paloma prepares together with neighbors and friends, who can be invited, and chat for a while with the island workers who visit El Birdseed from time to time.

Game users had been asking Nintendo for a significant update for some time, as they “had run out of things to do.” The company has been rolling out small updates to keep gamers hooked, but it hasn’t been enough. Anyway, the Japanese multinational has been preparing a big update from the shadows and has announced the premiere of all kinds of new content.

More spaces
The Captain, the green turtle (or the Japanese mythological creature kappa), introduced in the franchise in 2001, is also coming to New Horizons. It will take users to remote islands with different climates, seasons, and time zones than the player’s islands to collect new raw materials.

On Cayo Fauno, the island of the hippie dog, the company will add eight stores . Betunio, Alcatifa, Gandulio, Ladino and Al y Paca, already present, are joined by Katrina, Tortimer and Marilín. All characters will have their permanent position on a lot in Fauno’s house. The company clarified that there they will offer special products and services, such as personalization of particular objects or new hairstyles .

Nintendo has also expanded storage room storage space in players’ homes from 2,400 items to 5,000. In addition, it has created an exterior closet to store objects that users carry in their pockets directly in the storage room.

More designs have also been added to remodel the facades and the maximum number of bridges available on the islands has been increased.

Unpublished recipes and furniture
Until now, you could plant fruit trees, grow mushrooms and to celebrate Halloween you could grow pumpkins in the fall. In November, Nintendo brings wheat, tomatoes, sugar, potatoes and carrots to farm and to learn, cook and eat recipes.

More furniture will also be introduced in the next update, Nintendo explained. Users will be able to learn different types of decoration, such as accent walls in the rooms of the house and hanging lamps and shelves .

In addition to all kinds of furniture never seen in previous Animal Crossing installments, the ‘froggy chair’ returns , a chair that doesn’t look like much, but is a legend of the franchise and that fans have always loved for how adorable it is. it is. The ‘froggy chair’ was one of the most talked about aspects of the Direct. An excited fan said on Twitter: “Ok Animal Crossing community we have won. We got it.”

Interaction with neighbors
Neighbors in New Horizons tend to have hours. There are those who go to sleep early and others who stay up until the late hours. The multinational announced that as of November, ordinances may be issued to wake up the islanders at certain times and coordinate the lives of users with those of their islands. Each morning in addition, the players will be able to clear themselves with group stretches , guided from the square, at home together with all the characters who join.

Nintendo will further expand the range of emotions that users’ character can display. Players will be able to express that they are listening, pose or stretch their back.

The inhabitants of the islands will be able to invite the players to their houses or visit them to hang out. In other editions of Animal Crossing, on certain occasions the neighbors already dropped by the users’ homes. “Villagers can raid your house now,” commented one fan on Twitter.

Gyroids
The gyroids, the wooden figures with faces that make sounds, are back . As always, they can be found buried, but only fragments that will have to be planted and watered to obtain a complete one. Nintendo has encouraged users to put together different gyroids in the same room so that, with the sounds of each one, they create curious music and melodies . These can also be customized to match the aesthetics of the spaces.

Happy home paradise
Nintendo also announced the release of Animal Crossing: New Horizons-Happy Home Paradise. It is a paid DLC (downloadable content or downloadable content) . In this, players will decorate the vacation homes of Archipiélago Paraíso, a resort, in exchange for money.

It will be like working in a real estate development agency. All the techniques used in the resort, such as separation walls or countertops, may be used in the homes of the users on its islands. In Archipelago Paraíso you can also build schools, hospitals or restaurants , where the characters will work.

The DLC will cost 24.99 euros. Although with the Nintendo Switch Online expansion pack, Happy Home Paradise and classic Nintendo 64 games and SEGA Mega Drive games will be accessible for free. However, this new extension costs 39.99 euros per year, double that of the normal package. Anyway, sharing the subscription with up to 8 people, the total price is 69.99 euros. In this way, all exclusive content can be accessed more economically.

Other Nintendo news
After recent releases such as those of Pokémon Unite, The Legend of Zelda: Skyward Sword HD, Diablo II Resurrected or Metriod Dead, we will have to be aware, in addition to the New Horizons update, the releases of Shin Megami Tensei V, the reissues from Pokémon Diamond and Pearl or Life Is Strange: True colors.