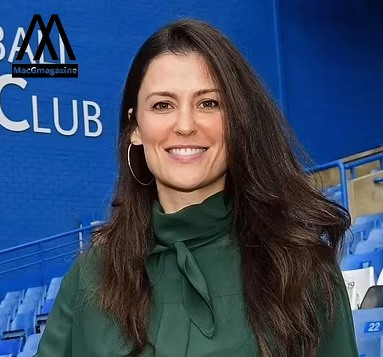 During the Roman Abramovich period, the Russian-Canadian was in control of Chelsea’s transfer operations, and her departure is now generally predicted. Sources say a statement on Granovskaia’s future could come this week, possibly as early as Tuesday.

Chelsea’s stand on this decision:

Chelsea has yet to respond to Granovskaia’s situation. It was earlier proposed that she wait until the end of the transfer window to choose her future. If she does not depart immediately, as predicted, it will highlight how much has changed at Stamford Bridge since Boehly closed his buyout with Clearlake Capital last month.

Boehly, who has been in charge of arranging Romelu Lukaku’s loan to Internazionale, would take on additional responsibilities if Granovskaia left.

Although the new board’s composition is finalized, major figures have already left. Buck’s departure was revealed on Monday morning after Guy Laurence resigned as CEO.

The person who would fill her space is an American who has been associated with Chelsea as a senior advisor for a long time. Buck states that “Now is the right time to step down and let new ownership build on the strong foundations we have in place.”. He added, “The owners have a compelling vision for Chelsea’s future and I look forward to helping them achieve it.”

A glance at Granovskaia’s journey:

In recent years, Granovskaia had effectively run Chelsea on behalf of Abramovich. She began working for Chelsea’s former owner in 1997 when she joined Sibneft, the Russian-Israeli oligarch’s oil company, then relocated to London when Abramovich purchased the club in 2003.

In 2010, Granovskaia was given control of transfers, and in 2013, she was named to the board of directors. Following the Blues’ Champions League title with Thomas Tuchel in 2021, she was named the Best Club Director in European Football.

After receiving this prominent accolade, she triumphed by saying, “I am delighted to receive this award, and I do so on behalf of the club. It is a team sport and, in the boardroom, it is just as much of a team sport as on the pitch.”

Since 2013, Granovskaia has been in charge of transactions and player contracts. She’s earned a reputation as a fierce negotiator, and she’s still going strong in this window. Petr Cech, the club’s technical and performance adviser, has also worked closely with her.