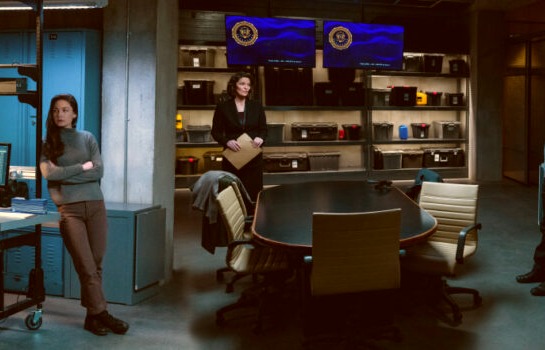 When Jess LaCroix was murdered off for actor Julian McMahon’s departure, FBI: Most Wanted to deliver the biggest twist in program history, and the Task Force is facing a whole new era with a new team leader on the way. Although information about the newcomer is scarce, he will be played by Law & Order: SVU actor Dylan McDermott in a role significantly different from his malevolent Richard Wheatley on SVU. Most Wanted showrunner David Hudgins spoke with CinemaBlend about McDermott’s character’s appearance on the blockbuster CBS series and what it means for the Task Force.

Dylan McDermott began working on FBI: Most Wanted before Julian McMahon’s final episode aired, but his first episode won’t show until April 12, with two episodes airing without an official team leader. When I spoke with showrunner David Hudgins about the show’s transition after Jess’ death (and he explained why they opted to kill off the character), he teased what the new character would add to the team dynamic.

McMahon decided to pursue other interests:

On the other hand, McMahon decided at some point that he wanted to explore other interests. This was made evident to the writers in advance, and as a result, the decision was made to kill off Jess. We may presume that this was not an easy decision, but there could be a few reasons. Keep in mind that it was not easy to envision Jess ever willingly leaving this work. Having him take early retirement would be a bad idea with that in mind. However, they couldn’t just ship the guy elsewhere because it would raise near-constant worries about whether or not he’d return.

Dylan McDermott took on the role of the new manager:

Meanwhile, this decision was most likely chosen since it is expected. Unfortunately, agents are killed in the field. This was a realistic exit, and we believe that, more than anything else, this program strives to have a certain sense of realism to what it brings to the table. We’ll witness how everyone recovers over the next few weeks, and then we’ll meet the new boss, played by Dylan McDermott. The new character will not be Jess LaCroix 2.0, and he will appear a few episodes after the Task Force has dealt with the death of the old leader. Characters such as Jen Landon’s Sarah and Terry O’Quinn’s Byron will not be gone immediately, and viewers can expect to see the rest of the team find ways to advance in their careers.