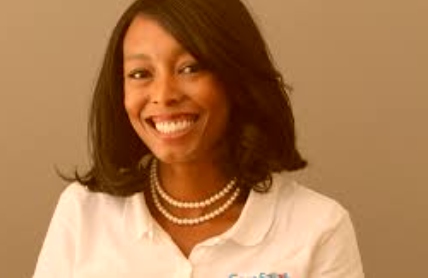 “Shocked and Heartbroken due to the sudden loss”- a statement by House Minority Leader Crystal Quade.

The former Missouri representative from Ferguson, Cora Faith Walker, who served as policy chief at St. Louis County Sam Page has died at a very young age of 37. The reason for the death was not known.

“We are devastated to learn of Cora Faith Walker’s passing.” said the Missouri Democratic Party. “She was a perfect example of a dedicated public servant who deeply cared for the St. Louis community,” it said. “We’ve lost someone very special and too soon.”

To represent the House’s 74th District, she was first elected in 2016. Then in 2019, the Democrat resigned her to take the job with Page’s administration. Cora’s county biography said that she had overseen government relations, public policy operations, and regulatory affairs.

Cora took some other things seriously and served on a task force studying women’s participation and advancement in the workshop. Her county biography said that she had worked on health reform and Medicaid expansion.

Page issued a statement on Friday afternoon “I am deeply saddened by the passing of Cora Faith Walker. Cora walked into my office every day with a hundred ideas and the determination to do them. She was a passionate public servant who advocated for women, newborns, survivors of sexual violence, reproductive rights, seniors, and frontline health care workers. She will be greatly missed by her St. Louis County government colleagues and me. We offer our condolences to her husband, Tim, and her parents.”

STLMOdems said on Twitter “St Louis County Democrats send our heartfelt condolences to the family and friends of former state rep Cora Faith Walker. You will be missed, @CoraFaith4MO”

Peter Merideth wote through Facebook “Having a really hard time processing the loss of Cora Faith Walker today. It just hurts so much, and I know so many people feel the same. She was such a beautiful and brilliant human, who fought tirelessly to make the world a better place.

You will be missed so deeply, by so many, dear friend. Beyond words.

Sending prayers to her family and all of you who loved her.”

A statement was released by Missouri House Minority Leader Crystal Quade Walker’s passing that they are all shocked and heartbroken at the sudden loss of an incredible friend and a brilliant advocate for so many,”. Quade further said that Faith will be remembered as a fighter and a person who dedicated her life to making the world better.